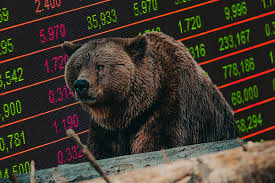 Apparently, investors were less motivated to arrest subsistence losses over the last week of equity trading.

However, following yesterday's ASI decline, the market lost another NGN113 billion as its capitalization fell to NGN 22,044 trillion from its previous day figure of NGN22,157.22 trillion.

FBNH, continuing from its previous day's performance, was the most traded stock by volume, taking up 39.99% of the volume traded and valued at 113.4 million units sold and NGN1.35 billion, respectively.

FBNH was followed by GTCO, which took up 10.33% of the volume trade share worth 33.5 million units.

SEPLAT shares valued at NGN1 billion took up 19.07% of the share value traded.

As measured by market breadth, market sentiment was negative, as 31 companies lost relative to 16 gainers.

In conclusion, we expect a recovery as the NGX ASI Index hits a critical support line of 42,240 basis points. Added to the fact that investors' bullish drive will be ignited because of MTNN's new public offering and AIRTELAFRICA's complete takeover of AIRTEL NIGERIA operation in Nigeria.