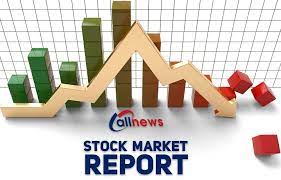 Trading in the domestic bourse continued on a positive note as investors bought more into ZENITHBANK (+0.56%) and MTNN (+0.15%) shares. Thus, the all-share index grew by +0.03% to close at 47,246.90 basis points which represented a 12.99bps growth from the previous session position.

The equity market gained an additional NGN6.99 billion as its cap closed at NGN25,463.50 trillion as against its previous session position of NGN25,456.51 trillion.

SEPLAT, with shares valued at NGN775.5 million, and TRANSCORP, with 53.5 million units traded, were also notable.

When broken down by sector, the oil and gas and industrial goods indexes closed flat, while the consumer goods (-0.4%) index, banking (-0.1%) index, and insurance (-0.6%) indexes posted losses.

As measured by market breadth, the mood in the market was positive as 29 stocks gained, while 18 stocks lost.