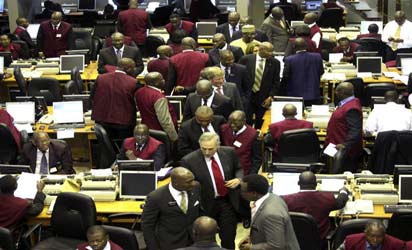 NGX Equities trading continued in a bullish mood on Wednesday as investors took massive profit from BUAFOOD (+10.00%). Thus, the all-share index gained an additional 1.05% from its’ previous session position of 43,026.23 basis points to close at 43,476.75 basis points.

Continuing with the previous year’s 52-week data, investors’ zeal in the equities trading of the Nigerian stock market succeeded in pushing the all share-index much closer to the 52-week highest resistance point of 43,730.55 bps. Thus, the gap narrowed to only 253.8 bps.

Apparently, this positive closure represented not only a 1.05% gain but also a 450.52 bps growth from its’ previous session position.

Unlike, the previous day session where the value and volume indices declined, BUAFOOD, ZENITH, and AIRTELAFRIC succeeded in driving upwards the volume and value data of the equities market.

Thus, the total volume traded increased by 472.75% to 1.2 billion units, as against its previous session position of 216.7 million units traded. These shares’ whose value increased by 2734.78%, were worth NGN43 billion and exchanged in 4,032 deals as against NGN1.5 billion traded previously.

As a consequence of yesterday's buying pressure, the equity market capitalization gained NGN19.782 trillion to close at a historical NGN42.966 trillion as against the previous session position of  NGN23.184 trillion.

Surprisingly, by a stroke of an unusual event BUAFOODS (+10.00%), gathered the greatest momentum as it dominated the volume and value data of equities trading by exactly 55% with 1 billion units traded, valued at NGN40.5 billion.