Nice Dump PSG Out Of French Cup On Messi's Return 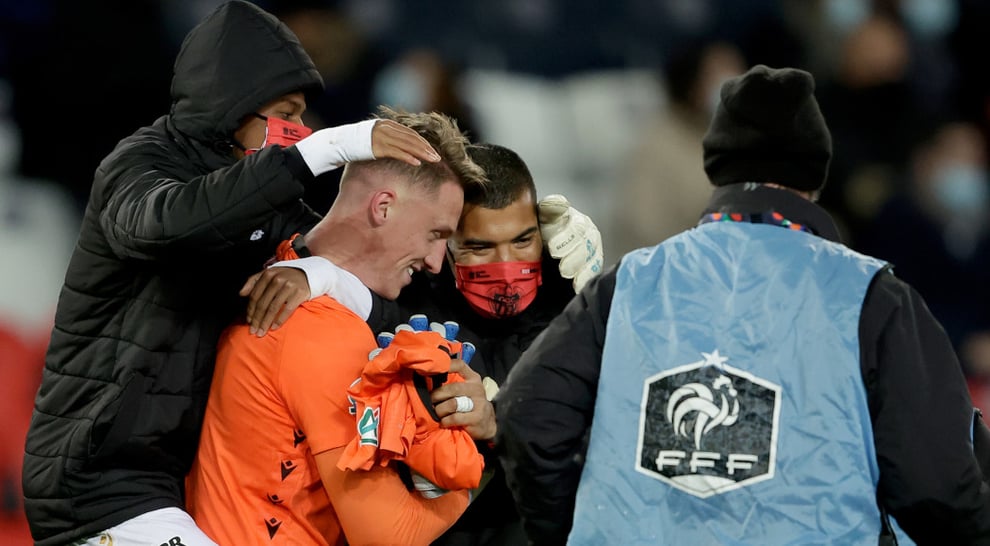 Paris Saint-Germain's loanee Marcin Bulka dumped his parent club out of the French Cup on Monday as he saved two spot-kicks for Nice to put his new team into the last eight.

Nice, second to PSG in Ligue 1, won 6-5 on penalties after a scrappy 0-0 draw. That set up a grudge quarterfinal against Marseille, third in the league.

In both the other ties, a Ligue 1 team will host a Ligue 2 side as Monaco face Amiens and Nantes entertain Bastia.

At the Parc des Princes, both teams struggled to create clear chances, although Kylian Mbappe, who came on for the last 30 minutes, hit the bar in added time.

"We were better than Nice," said PSG coach Mauricio Pochettino. "We deserved better, we deserved to win. But we did not create enough to win. We should have been more efficient."

"The penalty shootout is a lottery," he added.

In the shootout, Bulka, who PSG loaned to Nice for the season after Gianluigi Donnarumma arrived last summer, had the final word.

The Pole saved the third PSG penalty from Leandro Paredes, but Donnarumma responded by parrying from Andy Delort.

Bulka, making a rare start for Nice, then ended the contest by diving to his left to save from 18-year-old Xavi Simons.

"I have all the respect for PSG because I am on loan from this club that I love," he said, adding that his familiarity with some players was not an advantage.

"I know the players but it's more the feeling, I chose the correct sides and stopped them," he said.

It was Bulka's first appearance at the Parc des Princes, where he had never played for PSG.

"My family was here, I'm very happy because it was the first time they saw a game," he said.

Nice will next host nearby Marseille in a rematch of a Ligue 1 game on August 22 that was abandoned after home fans invaded the pitch and then a brawl broke out between the sides.

Nice had a point deducted as punishment.

The quarterfinals are scheduled for midweek on February 8-9.