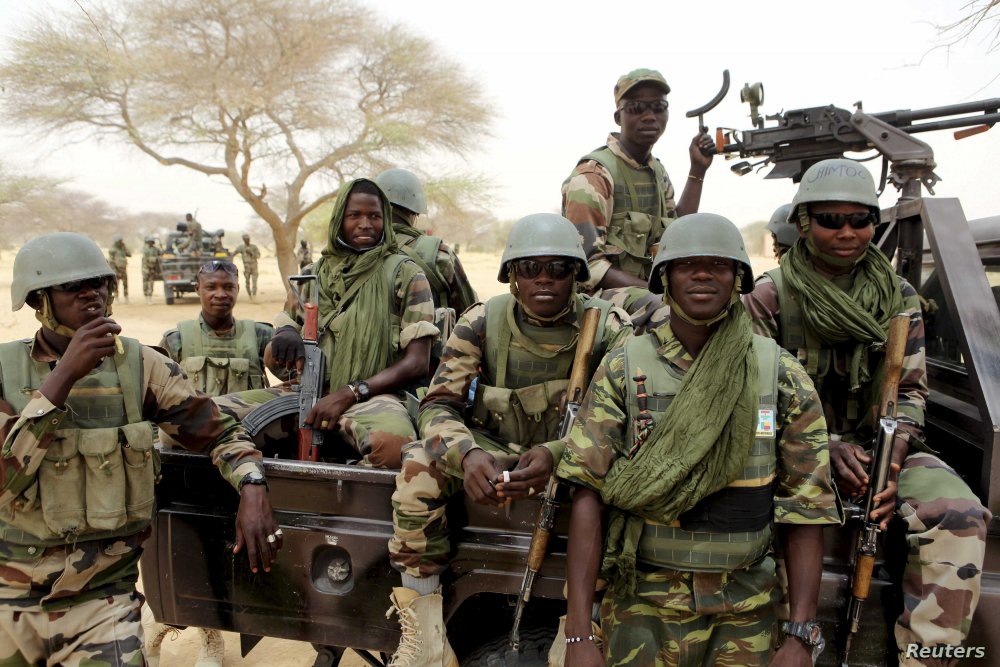 File Photo of Niger Soldiers from Voice of America

Sixteen Niger Soldiers have been killed and one other missing after an ambush against a military patrol in the Tahoua region, near the Mali border, local officials reported on Sunday.

The report said during the attack by “bandits” on Saturday, the casualty count was “16 dead, six injured and one missing,” Tahoua department secretary general Ibrahim Miko said on public television.

He attended the funeral of Lieutenant Maman Namewa, commander of the patrol which was attacked.

The vast desert area of Tahoua in the west of the country sits close to the borders of both Mali and Burkina Faso and has been plagued by jihadist violence since 2012.

In March, an attack by suspected jihadists on three villages near Niger’s border with Mali left a total of 141 people dead, according to the official toll.

They were the worst attacks committed by suspected jihadists in Niger in recent years.

YOU MAY LIKE: China Confirms Four Soldiers Died in June Clash with India’s Army

The world’s poorest nation according to the UN’s development rankings for 189 countries, Niger is also struggling with Islamist insurgencies that have spilled over from Mali and Nigeria.

The attacks in western Niger are often attributed to groups affiliated with the Al-Qaeda and Islamic State groups.

Such attacks against civilians have multiplied this year, with over 300 people killed in villages and encampments in western Niger.