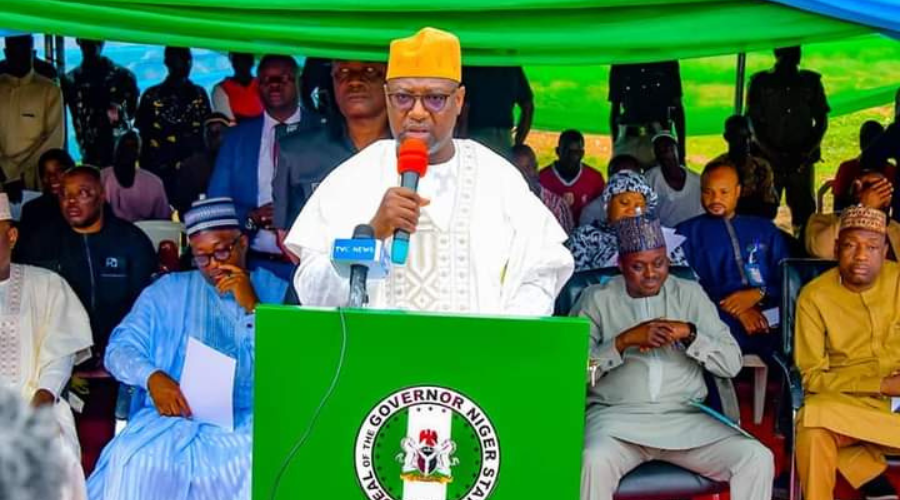 Governor Abubakar Sani Bello of Niger State has flagged off planting of 3,000 hybrid shea trees to benefit in the shea value-chain for accelerated economic transformation in the state.

This took off Wednesday at the Beji Parkland in Kodo, Bosso local government area of the state, as a pilot scheme in collaboration with the National Shea Products Association of Nigeria (NASPAN) to establish Shea Parkland Afforestation and Reforestation (SPARE) project in Nigeria.

Governor Sani Bello explained that the global shea butter market has grown rapidly due to the increased demand in making confectioneries, cosmetics and pharmaceutical products among others.

The Governor acknowledged that the state which has the highest number of shea trees in the world is not leaving anything to chance to harness the comparative advantage of the economic trees and the value-chain which has potentials of engaging thousands of women and youths across the state.

He said 3,000 of the trees will be planted in phase one of the project to cover 20 hectares of land in which each hectare will accommodate 150 seedlings of the shea trees.

"The shea trees have some distinctive features such as short gestation period of  five to seven years from the traditional 15-20 years.

"It also produces quality shea fruits and in more quantities.

"Therefore, this hybrid trees have the potentials to turn the economic fortunes of the state and Nigeria at large."

Speaking further he said through commercialisation of the seedling nursery, youths and women will be trained and equipped leading to the development of shea seedlings particularly in shea communities around the Beji Shea Parkland .

The Governor then appealed to the host community to protect the project for not only their benefits but that of the state and Country in general.

He cautioned that a law prohibiting the felling of economic trees in the state has been put in place hence, government will not hesitate in punish any individual or group of people who violate the law.

Sani Bello commended NASPAN for chosen the State for its pilot scheme considering the suitable soil and climatic condition for shea trees in the state.

Earlier, the Commissioner for Environment and Forestry, Engr. Dr Daniel Habila expressed concern over the rate at which the natural forest is being depleted and the large-scale criminal deforestation suffered by the state, explaining that the new approach to reforestation with shea trees and other economic trees will change the narrative.

"The shea trees will not only bring economic benefits to Niger State but will bring climate change mitigation benefits that will minimise the  environmental impacts from carbon prints."