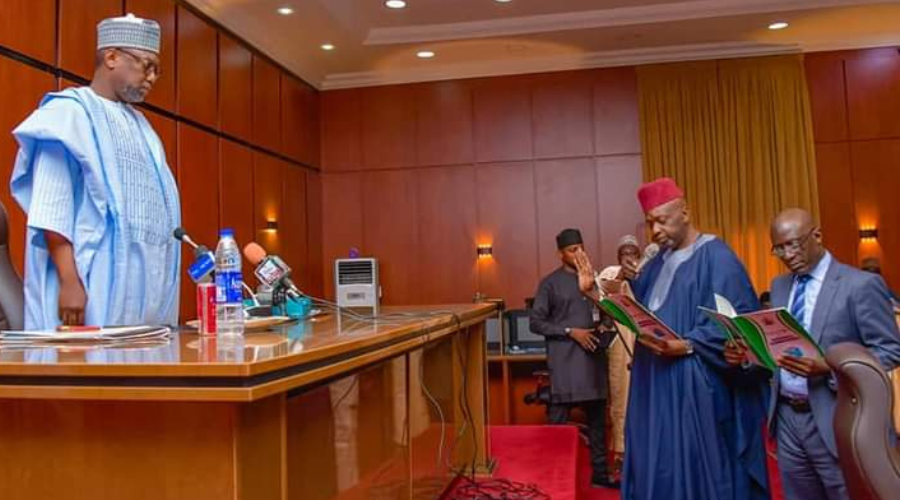 Governor Abubakar Sani Bello of Niger State has sworn in Hon. Danladi Mamud Liman Doko as a Commissioner in his cabinet.

In his congratulatory message, he expressed confidence in the ability of the new Commissioner to carry out his mandate to the best of his ability adding that he should seek guidance from his predecessors.

"I congratulate you on your appointment as a cabinet member.

"You will recall that about a month ago, we swore in some new cabinet members.

"Unfortunately, Hon. Danladi Liman was not screened at that time but by the grace of God, he has been screened and passed and he is being sworn-in to admit him as a cabinet member.

"It is my wish and prayer that Allah will guide him and assist him in carrying out his mandate", he said.

Until his appointment, he was the chairman of the Niger State Urban Development Board.