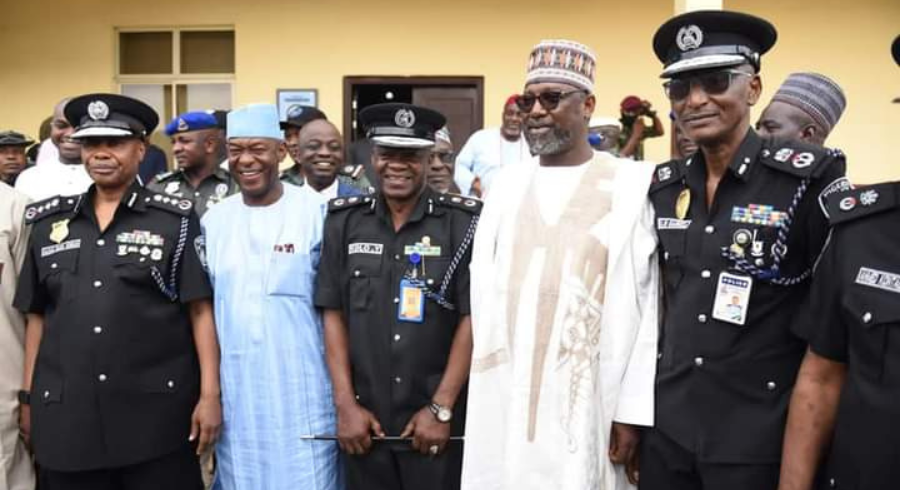 Niger State Governor Abubakar Sani Bello has charged the newly promoted police officer on commitment in making sure that, the state  continue to enjoy the  relative peace owing to the combined efforts of conventional and nonconventional security operatives at combating terrorists in parts of the state.

Governor Sani Bello stated this in an interview shortly after the decoration ceremony of the newly promoted senior police officers held at the International Peacekeeping Hall, Force Headquarters, Abuja.

The Governor who said he was at the occasion to honour and boost the morale of some Nigerlites, Ahmed Magaji Kontagora and Kolo Yusuf who where among many other elevated officers, stressed the need for more support to the security agencies as they continue to safeguard lives of citizens in the country.

He said the security operatives have families that need support and encouragement from all and sundry.

The Governor assured that his government will not rest on its oars towards ensuring that the terrorists are flushed out.

"We will keep an eye at all times to see that something new or surprises don't spring up", he said.

The Governor congratulated the newly promoted officers and urged them to see their elevation as a catalyst for more service to the nation.

"I congratulate them for a we'll deserved promotion.

"These are officers I know personally and they worked very hard since I have been in office.

"They have been very committed to their jobs", he said.

Also, Oyo state Governor Seyi Makinde while congratulating the promoted Officers, expressed appreciation to the Nigeria Police Force for sacrificing so much for others to go to sleep.

He acknowledged the challenges the security operatives faced in the cause of discharging their duties and  encouraged them not to relent.

Earlier, the Inspector General of Police Usman Alkali Baba enjoined the elevated officers to deploy their wealth of experience towards supporting the Force leadership in addressing insecurity bedevilling the nation adding that "to whom much is given, much is expected of him".