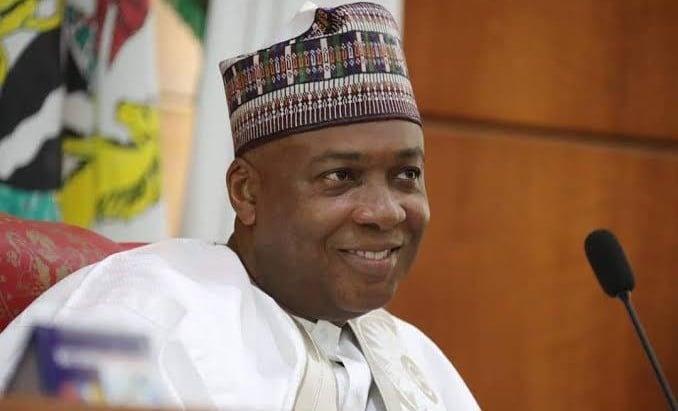 Stakeholders in the Peoples Democratic Party (PDP) in Niger State have endorsed former Senate President, Senator Bukola Saraki, for the PDP ticket in 2023.

Senator Saraki's endorsement for the PDP ticket and the North-central zone to produce the presidential candidate was taken Wednesday at the PDP secretariat.

The motion was moved by Mohammed Alkali, a former Speaker of the Niger State House of Assembly and was seconded by a former Commissioner in Niger State, Lami Makama, without counter-motion.

When the State Chairman of the PDP, Tanko Beji, put the matter to vote it was overwhelmingly carried.

This implies that no other aspirant from another zone could be supported by the state for the PDP ticket in 2023.

The leader of the “Advocacy Group” and former National Chairman of the PDP, Kawu Baraje, had told hundreds of stakeholders made up of members of the State Working Committee, former legislators and political office holders and party local government area chairmen that “it is time for the North-central zone to be the president of the country” after backing other candidates and zones for the position in the past.

Baraje said: “All zonal officers support that North-central should have the president come 2023,” adding that the decision is “irrevocable”.

“We have not seen another candidate from any of the other zones, when we see them we will talk. The only candidate we have seen who is more than qualified is Senator Bukola Saraki,” Baraje told the party faithful.

He, therefore, urged the party leaders to “always speak the truth and speak with one voice” saying that the era when the zone is used to make others president is over.

Former Deputy Governor of Niger State, Dr Shem Zagbayi Nuhu, said the state would support the presidential bid of Senator Saraki but explained that “we are tired of being given the position of a junior minister who will go to beg the senior minister before getting things done.”