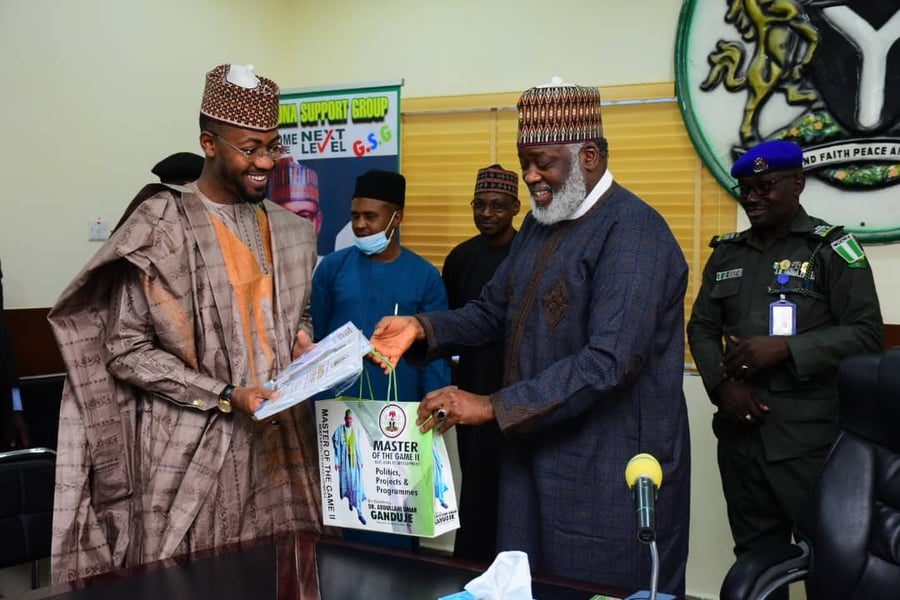 Niger Republic's Minister of Vocational Training, Kassoum Mamane Moctar said his government is willing to partner and learn from Kano in areas of youth development and agriculture.

The Minister disclosed this on Tuesday when he led a delegation to Kano on a tour of its skills acquisition programmes for youths, adding that the Niger Republic is impressed with what Kano is doing in terms of youth empowerment and job creation using agriculture as a tool.

Moctar who was received by Kano State Deputy Governor, Dr. Nasiru Yusuf Gawuna on behalf of the Governor at the Government House, Kano stressed that the Youths empowerment initiative of the Kano State Government is worthy of emulation.

He said any society that intends to be strong and safe needs to be able to produce what it eats.

Responding, the Governor represented by his Deputy, Dr Nasiru Yusuf Gawuna said realising that the youths are the backbone of development made the State Government give them priority in its programmes.

"Empowering the youths is very essential to us because it prevents them from idleness, drug abuse and committing crimes he said".

The Governor, while assuring the delegation from Niger Republic of continued support and cooperation, described the visit to the youth development facilities in the state as proof of the existing relationship between them and Nigeria, particularly with Kano State.