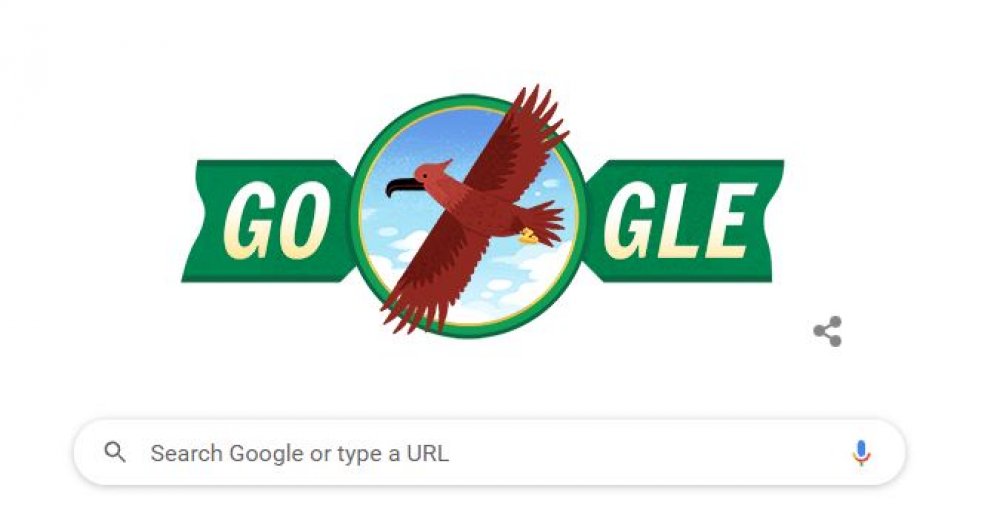 Search engine giant, Google on October 1, celebrated Nigeria’s 61st Independence Day anniversary on its website with a special doodle depicting a red coloured Eagle atop an image of the national colours of Green and White.

Google announced that in celebration of Nigeria 61st Independence, “Today’s doodle celebrates this monumental occasion with a depiction of Nigeria’s national animal and symbol of strength— the Eagle.”

A click on the doodle opens up another page where very important facts and videos about Nigeria and its history were displayed.

Explaining the design, Google stated: “On this day in 1960, Africa’s most populous country, with over 200 million inhabitants, became a sovereign republic, an anniversary commemorated as Nigeria’s Independence Day.

“In the Nigerian Coat of Arms, a red Eagle spreads its wings above a wreath of green and white — the national colours also featured in the doodle artwork representing fertility and peace, respectively.

“Below these symbols, the Nigerian motto serves as the foundation for the coat of arms: ‘Unity and Faith, Peace and Progress.”

Google doodle is a special, temporary alteration of the logo on Google’s homepage intended to commemorate holidays, events, achievements, and notable historical figures.

It has also been used to celebrate many historical figures and events around the world.

WhatsApp Is Rolling Out Animation For Heart Emojis

WhatsApp Is Rolling Out Animation For Heart Emojis