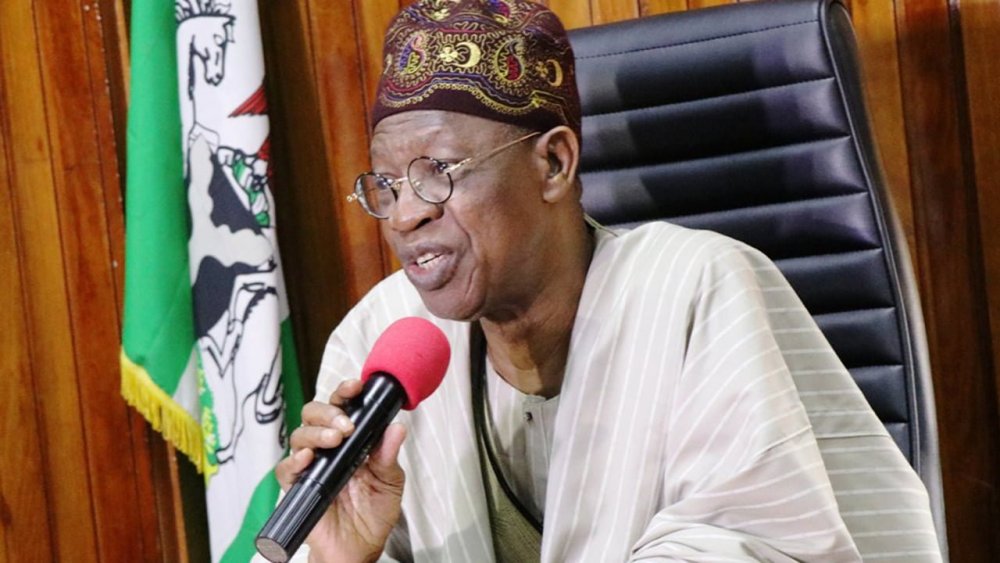 The Minister of Information and Culture, Lai Mohammed says Nigeria is not a failed state and cannot go the way of Afghanistan where a terrorist group has taken the rein of power.

The minister stated this in Washington DC during his engagements with international media organisations including BBC Radio and Television, Bloomberg, and Politico.

The minister is in the U.S. to meet with international media organisations and think tanks on the achievements of President Muhammadu Buhari’s administration and efforts made so far in tackling insurgency, banditry, and all forms of criminality.

Speaking with NAN after his respective meeting with the three media organisations, Mohammed said insinuation in certain quarters that the security situation in Nigeria could degenerate to that of Afghanistan was not correct.

He emphasized that Nigeria is winning the war against terror and the country cannot go the way of Afghanistan where the Taliban, a terrorist group took over power.

“A failed state is one where basic facilities are not available and everything has broken down but, Nigeria is not in that stage,’’ he said.

Mohammed said Nigeria is not at war, adding that fake news and disinformation were being used to portray the country in a precarious situation.

The minister noted that the development in Afghanistan had proven right the position of President Buhari that when fighting an unconventional war, the country had to be resourceful.

“If what happened in Afghanistan is something to go by, then the federal government should be given kudos for the way it has handled insurgency in the last couple of years.

“The lessons from Afghanistan today is that for over 20 years of American intervention and over a trillion dollars spent and thousands of American lives lost, it took the Taliban just a few weeks to recapture Afghanistan.

“This should be a lesson for everybody that when you are fighting an insurgency or movement driven by ideology, it is always difficult to overcome and you must be resourceful, deploying both kinetic and non-kinetic approaches.

“When people were saying we should invite mercenaries, the president was focused and maintained that our military has what it takes.

“The President should be given kudos for believing in our military and deploying both kinetic and non-kinetic approaches,’’ he said.

He said while a lot of efforts had been put on kinetic approach, the Nigerian military also engaged in a non-kinetic approach, building hospitals, reviving schools, teaching in some of the schools, and delivering medical care to the people in affected areas.

According to the minister, the non-kinetic approach to fighting insurgency in the North-East had led to droves of insurgents coming out to surrender arms and pledge their loyalty to the government.

He noted that with the recent development of many Boko Haram coming out voluntarily to surrender their arms, the country is winning the war against insurgency.

Speaking on banditry, the minister said bandits were now suffering more casualties than ever before.

He assured that the delivery of the Super Tucano military platforms by the US to the military would will be a game-changer in the fight against banditry.