Nigeria Losing The Fight On Prosecution Of Rape 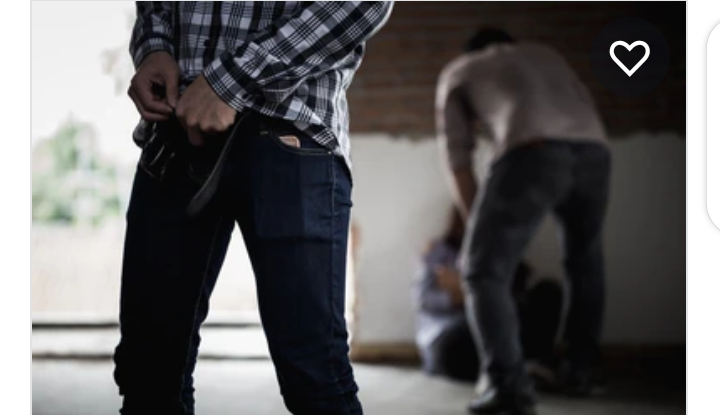 Globally, it is estimated that one in three women experience either physical or sexual intimate partner violence or non-partner sexual violence in their lifetime.  These figures mirrored in Nigeria, as 30 per cent of girls and women aged between 15 and 49 reported to have experienced sexual abuse.

According to the UN Women, nearly 3 in every 10 Nigerian women have experienced physical violence by age 15.The incidence of Sexual and Gender Based Violence (SGBV) is growing astronomical with the activities of the insurgency, kidnapping,gang rape and all other  issues that has heightened insecurity.

Nigeria ranks 7th most dangerous country for women to live in,a country of 206 million people, had just 32 rape convictions between 2019 and 2020, data  from Nigeria’s National Anti-trafficking Agency NAPTIP shows. Despite an increase in activism, justice is rare.

Statistical history of rape in Nigeria

According to the statistical agency in Nigeria, NBS, in 2017, 2,279 cases of rape and indecent assault were recorded by police across the country, with a huge number resulting to death of the victim, it stated. While figures from the Nigerian Correctional Service on prison admission by type of offence were, however, higher. In 2013, 5,797 Nigerians were admitted for sex offences. In 2014, this figure dropped to 4,436. And by the second quarter of 2015, the figure was 1,621.
In recent times there have been claims in some quarters that there is a significant increase in the cases of rape in the country as a whole.

In 2019, Pauline Tallen, Hon. Minister of Women Affairs and Social Development on the International day of the Girl Child,  disclosed that, every year about 2million girls are raped, though no reliable public data available to support or disprove this claim.

Just as some survivors find it more effective to name and shame rapists online than report to police. In recent years, Nigerians have used hashtags to openly name abusers, such as #ArewaMeToo—in the Hausa language, Arewa refers to the north—and #WeAreTired.

Over the last year, Nigerian courts have seen a string of high-profile defamation lawsuits against women who have publicly accused men of rape—a development that activists fear will discourage survivors from speaking out.

Nigerian police have contributed to this climate of silence. In February 2019, Maryam Awaisu, an #ArewaMeToo movement leader, was arrested by police officers from Nigeria’s infamous Special Anti-Robbery Squad for sharing posts naming alleged rapists on social media. She was released a day later.

The ripple effect of these activities of assault is further watered down to the various state of the federation. In a study carried out in 2018 at the police clinic Makurdi Benue State,notes that  within the study period, 178 gynecological cases were managed out of which 46 were rape cases given an incidence of 25.8%.This is overwhelmingly higher than any of the published rates in Nigeria.

Another worrisome finding  reported in the study is the involvement of family members, acquaintances and friends as assailants, sometimes, close relations such as father, Uncle, brother, cousin, nephew, friends to parents or victims themselves are implicated. The victims in most cases are unsuspecting because of the level of trust and confidence they have in the culprits.

This brings to mind the case of Ochanya, the 13-year-old girl, who died on October 18, 2018,allegedly molested, defiled, drugged and abused from age five until her death by her 52-year-old uncle, Andrew Ogbuja, a lecturer at Benue State Polytechnic, Ugbokolo, and his son, Victor. The case which is still in court, three years after the demise of Ochanya tell the sorry state of affairs in bringing to book, perpetrators of rape cases.

In a bid to curb the menace,  which rape, sexual and gender based violence pose, the Violence Against Persons Prohibition Act (VAPP) was enacted in Nigeria in 2015,designed to tackle all forms of violence against persons in private and public life and provide maximum protection and effective remedies for victims and punishment of offenders. Presently only 18 States have domesticated this law. Benue State being one of them.

The Benue State Assembly on the May 26, 2019,passed the VAPP law and was assented on the 28th May 2021 to help in bringing to book the perpetrators of this dastard act, even with the giant stride, cases of rape and murder are being recorded to the dismay of the public.

Just last week,we are being reminded that the battle to bring  perpetrators of rape and wanton killing ,to a stop,is far from being won, as it was recorded last Wednesday, a 24 years old graduate of Benue State University, Miss Joy Onoh was allegedly raped and murdered at the North Bank area,a place known for its high rate of cult activities, in Benue State.

The victim, a graduate of Mass Communication, was awaiting call-up letter from the National Youth Service Corps, (NYSC) before her death.
The corpse of Miss Onoh, was discovered about 7:00 a.m. in a bush at the Federal Low-Cost housing.

According to narrative by her widowed  mother, Mrs. Grace Onoh said, she was called to deliver goods at Federal Low cost housing, North Bank, Makurdi, at about 4:50pm and that was the last time they saw her alive.

"My daughter left the house about 4:50 p.m. and never returned. I made frantic efforts to call her phone but someone busied it. Her sister, Cynthia called and this time, it went through, but she cried, asking her sister to send her bank details.

“I reported the matter to the Police that night but they asked me to come back the next day. The next day, they told me to wait 24 hours only to hear by 5:00 p.m. that her body was found at Federal Low-cost housing in the North Bank area of the state.

Confirming the incident, Benue State Police Public Relations Officer, DSP Catherine Anene, said, a case of a missing person was reported to the police and a search was conducted.
Anene stated that on October 20, her corpse was discovered about 7:00 a.m. in a bush at the Federal Low-Cost housing.

“She was called to deliver goods at Federal Low cost housing, North Bank, Makurdi and we later discovered her corpse in a bush. “Investigation is ongoing to ascertain the cause of her death,’’ she added.
Anene refrained from making further comments until the result of the autopsy is out to ascertain how she was killed.

As the police , investigation is ongoing, fingers are crossed and hopes high that this, among many others will not drag forever, that at least for once in a long shot, the perpetrators will be caught and prosecuted for what it's worth, that  our society will be free from hoodlums and miscreants whose sole aim is to create unrest.