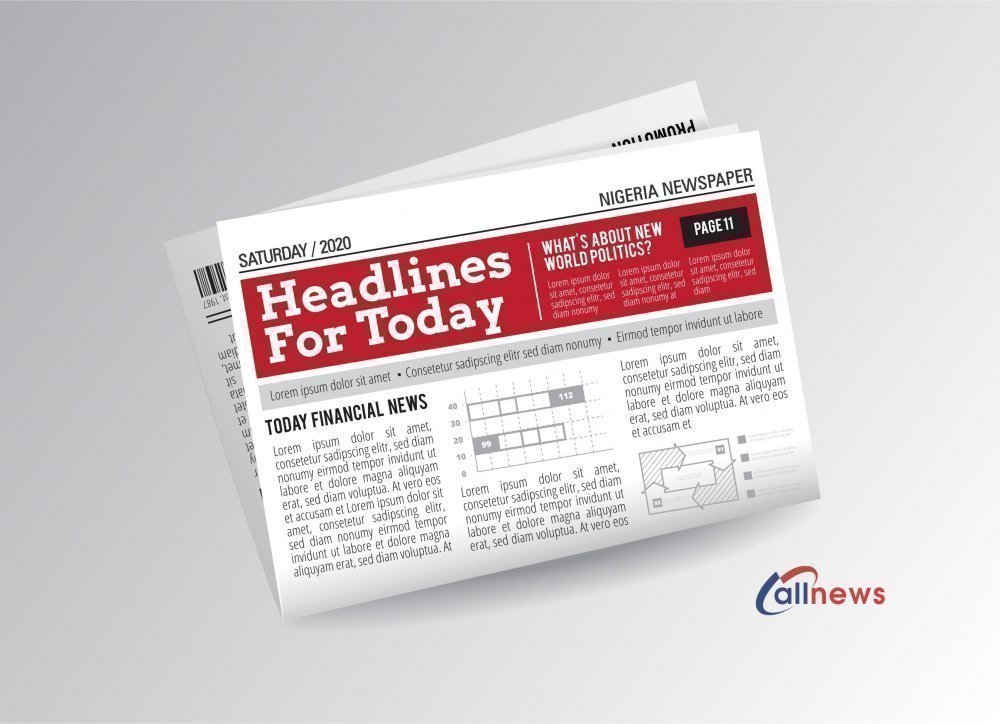 Welcome to the AllNews roundup of the top 10 Nigeria news headlines for today Saturday, April 10th, 2021.

1. N-Power NEXIT: Ikem Asks Some Batch A And B Beneficiaries To Send Message To This Mail

Nneka Ikem, the Special Assistant, Media and Publicity to Sadiya Farouq, the Minister of Humanitarian Affairs, Disaster Management and Social Development, on Friday advised Batches A and B beneficiaries who are still having trouble logging in to the NEXIT portal to "write to [email protected]"

Ikem via her known Twitter handle claimed that an "instant response" is almost certain when this email is reached. Read more here.

Alpha Reach, owned by Nigerian blogger, Japheth Omojuwa has denied any involvement in the campaign for alleged money launderer Alex Saab, a Colombian, to go free.

American media company, BuzzFeed had in its damning report on April 8, said that Omojuwa had used his PR firm, Alpha Reach, to try and sway public opinion about Saab. Read more here.

American rapper and actor DMX has died at the age of 50 after he suffered a heart attack owing to a recent drug overdose.

Recall that AllNews Nigeria reported that DMX, whose real name was Earl Simmons, trended on Friday morning as many sent condolence messages as many assumed he was deceased at the time. Read more here.

While the Lagos State announced to the world that it rewarded medal winners at Abuja 2018 National Sports Festival (NSF), AllNews’ independent findings revealed that the quartet of Adewale Amao (m), Dele Pratt (m), Idowu Ogunyemi (f) and Titilayo Akinleye (f) who all won medals at the 19th edition of the NSF, and have not officially switched allegiance to another Nigerian state were not given their monetary reward.

The Governor of Benue State, Samuel Ortom has called on community leaders to expose those behind the killing of 10 officers of the Nigerian Army troops.

The Governor made the pleading in a statement on Friday while addressing the recent crisis between communities in Konshisha and Oju Local Government Areas. He then called for restraint on all sides, including the military. Read more here.

Facebook Inc. announced Friday that it will convert part of its Menlo Park, California, headquarters into a vaccination clinic for impoverished communities.

The social media giant plans to offer transportation for residents seeking shots to get to and from Facebook’s campus. Ravenswood Family Health Center, based in the low-income East Palo Alto area, will administer the COVID-19 vaccines. Read more here.

Motorists and commuters in Lagos State have been alerted to the closure of the Third Mainland Bridge ahead of the 6th Lagos City Marathon on Saturday, April 10.

The information was made known to the public in a travel advisory released on Friday by the Spokesperson for the Lagos State Sports Commission Titi Oshodi-Eko. Read more here.

Buckingham Palace has announced the death of Prince Philip, Queen Elizabeth II's husband on Friday, at the age of 99.

In an official statement released by Buckingham Palace, it was stated that; "It is with deep sorrow that Her Majesty The Queen has announced the death of her beloved husband, His Royal Highness, Prince Philip, Duke of Edinburgh. Read more here.

Google LLC. backed up delivery service, Dunzo Digital Private Ltd operating in eight Indian cities aims to double the amount of capital it has raised so far to extend its reach across the country and become a $1 billion revenue business in the next two years.

The app has lured Indians with its rapid delivery of items ranging from groceries to parcels in traffic-clogged cities. It connects low-cost couriers to thousands of individual merchants. Read more here.