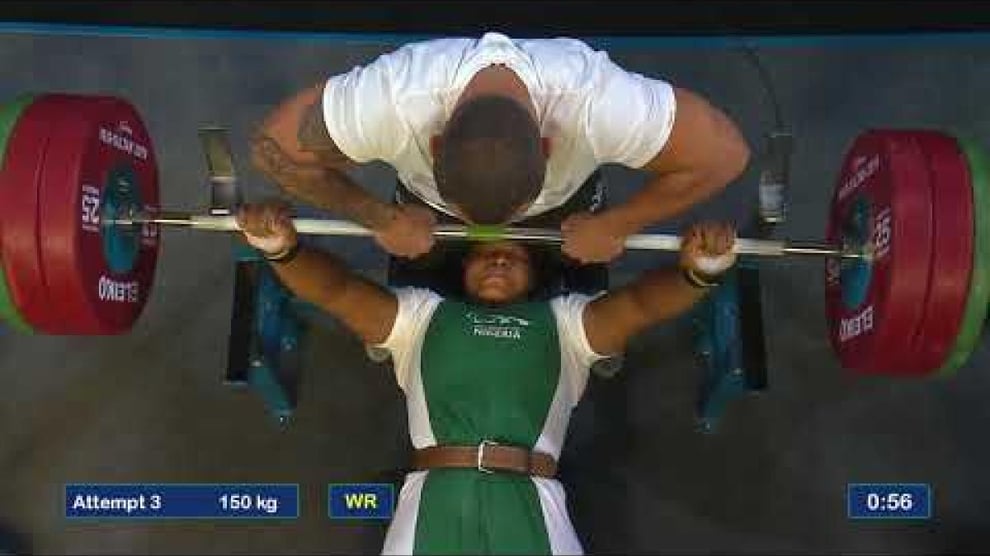 Athlete Bose Omolayo has broken the world record in the women’s category up to 79kg at the World Para Powerlifting Championships, lifting 144kg to claim Nigeria's second gold medal in Tbilisi, Georgia.

Omolayo enjoyed an epic tussle with Vera Muratova for the gold medal, with the Nigerian taking the lead on her first lift of 135kg, before being displaced by Muratova.

Omotayo responded with yet another impressive lift of 139kg, victory was clinched with 142kg on her third attempt before erasing the World Record of 143kg on her fourth.

Meanwhile, the Nigerians’ displays at the competition continued on Thursday with Khalifa Almaruf claiming bronze in the women’s up to 73kg with a lift of 138kg.

Nigeria has now moved up a place on the medal’s table with a total of five medals -- two gold, one silver, and two bronze medals.