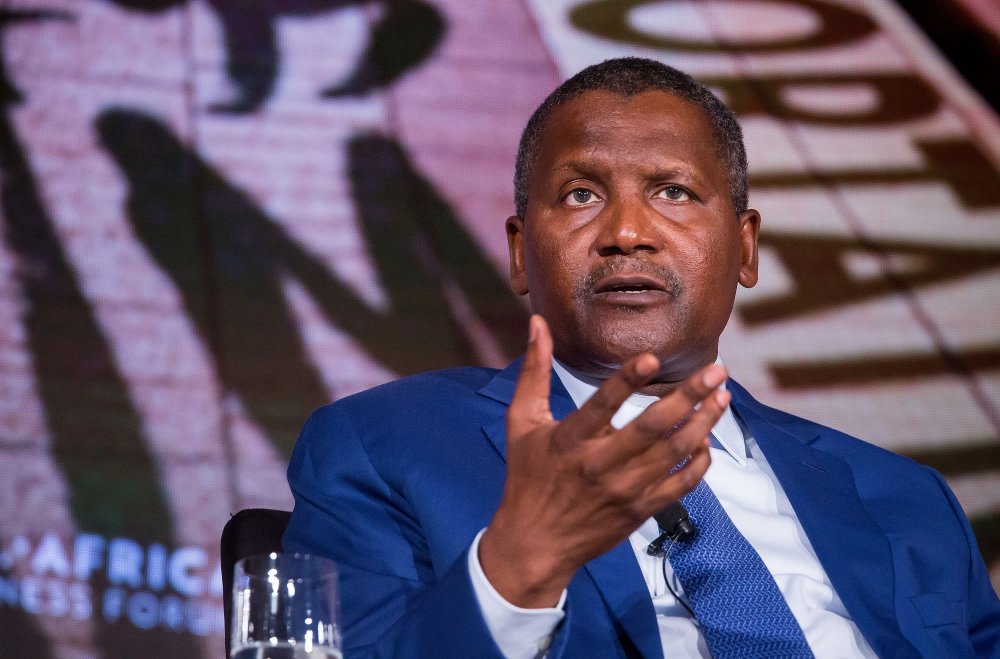 Dangote said that allowing for distortions in the sugar masterplan framework would adversely affect the target of the nation attaining self-sufficiency as projected.

He said the policy would not only reduce imports of raw sugar but save the nation's enormous foreign exchange used for importation.

Expressing his delight with the BIP, Dangote, however, noted that if the Nigeria Sugar Master Plan was fully implemented and the players adhered strictly to the rules, Nigeria would save between $600 million and $700 million annually as foreign exchange.

“The backward integration policy of Dangote Sugar Refinery is recording appreciable progress and we will remain committed to the policy,” he said.

Addressing shareholders, he said, in spite of the disruptions in the economy occasioned by the COVID-19 pandemic, the company announced an increase in production volume which rose by 13.7 percent to 743,858 tonnes in the review period from 654,071 tonnes in 2019.

Hence, the board of the company declared a total dividend payment of N18.22 billion to the shareholders, amounting to N1.50 per ordinary share of 50k each.

He explained the improvements were attributable to operations optimisation strategy in spite of the disruption caused by civil unrest in the last quarter of the year.

“Our growth continued to benefit from the sustained efforts to drive customer base expansion and several trade initiatives and investments.

Dangote said the company had revised its sugar production target to 550,000 metric tonnes achievable by 2024 in line with the revised plan of the BIP by the Federal Government.

The Group Managing Director/Chief Executive Officer, Mr. Ravindra Singhvi, speaking on the results said the sugar group continued the growth path with commitments to improve performance and generate value for all stakeholders.

Singhvi explained that this was reflected in the sales volume delivery of 731,701 tonnes, and production of 743,858 tonnes being 6.9 per cent and 13.7 per cent increase in volumes over the comparative year 2019.

“Our backward integration goal is to become a global force in sugar production, by producing 1.5M MT/PA of refined sugar from locally grown sugar cane for the domestic and export markets.

“Our focus on the implementation of our key strategies in the face of the several challenges posed by the COVID-19 Pandemic and the peculiarities of the Apapa traffic situation amongst others.

Singhvi noted that one of the key highlights during the year was the successful completion of the Scheme of Arrangement – a merger of Dangote Sugar Refinery and Savannah Sugar Company Ltd with effect from Sept. 1, 2020, to operate under one unified entity.

He said: “We are confident the merger will enable us to achieve operational, administrative, and governance efficiencies resulting in increased shareholder value.

“We will continue to pursue our Backward Integration Projects, and other key initiatives to grow our sales volumes, market share, optimise cost and operational efficiencies.

Also speaking, Dr. Farouk Umar, President of the Association for the Advancement of the Rights of Nigerian Shareholders, commended the management for the impressive performance of the company despite the hiccups in the year 2020.

Umar said “the shareholders are expecting more robust results next year since the economy is already picking up and for them to have performed excellently under pandemic.” (NAN)