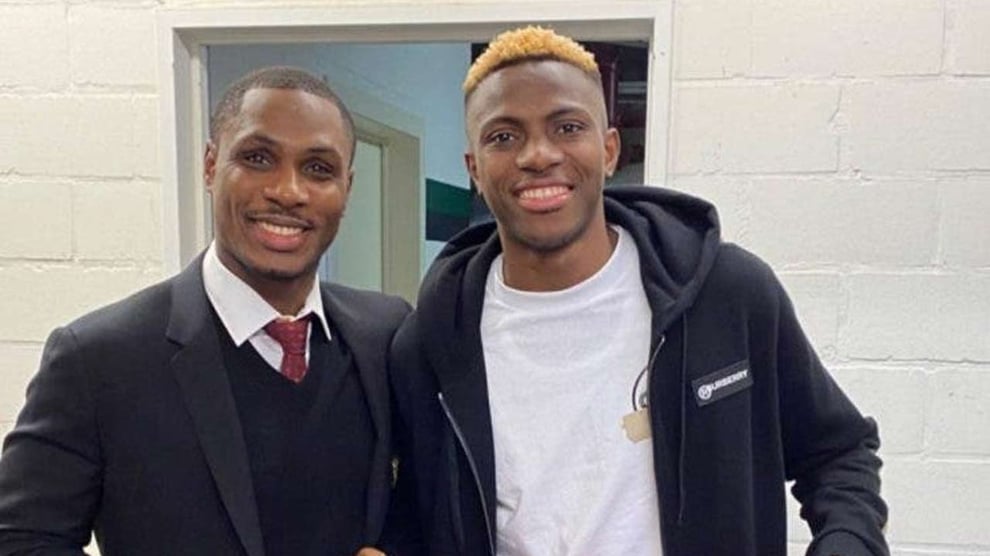 Odion Ighalo is rejoining the Nigerian national team, after over two years he announced his retirement from the national team.

It should be a good thing for the Eagles as they will go into the World Cup qualifiers with the energy needed to win games. They now have experience and youth in the marksmen's department.

Victor Osimhen, who is currently taking care of the department, described Ighalo’s return to the Super Eagles as a good boost for the team ahead of their 2022 World Cup qualifiers.

In Osimhen, Nigeria has found a young striker who has taken the mantle to score and fill the void in the team. Ighalo has then returned to complement and battle for the number 9 position.

Ighalo announced his retirement from international football after the 2019 Africa Cup of Nations in Egypt where he finished with the Golden Boot as he scored five goals in seven matches.

“He is like a big brother to me and I really love him so much. I learnt a lot of things from him and it is important to have him on the team. We welcome him with open arms and we are looking forward to receiving him in camp," Osimhen said on NFFTV

“We all have a common goal, which is to qualify for the World Cup and do well at the Afcon. Whatever is good for the team, I think the coach and the federation will bring it into play. I don’t have any problem, even if I’m to play from the bench.”

Odion Ighalo is the 7th highest goalscorer in Super Eagles history with 16 goals in 35 games, whilst Osimehn has scored a total of 8 goals in 16 games for the Nigerian team.