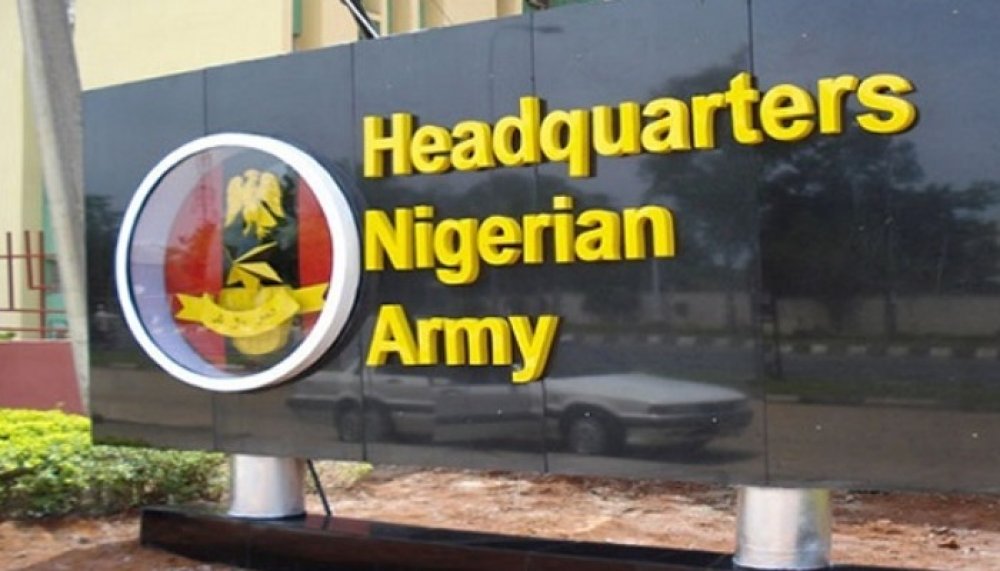 A group identified as Coalition of Rights Activists and Scholars made the allegation on Tuesday in a press conference.

The Nigerian Army issued its denial on its social media handle, tagging the allegation as false, fake and malicious.

A senior military source, who pleaded anonymity, dismissed the allegation, saying it was impossible for the Nigerian army to conduct secret trial of any soldier.

The officer said the army usually set up a general court-martial publicly to try erring soldiers or officers, adding that such court-martial must have a President and other members.

According to him, the trials are conducted publicly and not in secret.

“There is no iota of truth whatsoever that six soldiers were tried secretly and executed by the Nigerian army on January 25 as alleged.

“The promoters of that allegation are the enemies of Nigerians who are trying so hard to instigate tribal or ethnic crisis in the country,” he said.

Also, a Coalition of Youth Groups in Nigeria dismissed the allegation. The youth which was superintended by the Emerging Leaders Forum of Nigeria (ELFON), stated this in a communique issued at the end of the meeting of leaders of the youth coalition on Tuesday in Abuja.

The youth called on the Nigerian Army to consider legal action against the purveyor of the fake news to serve as a deterrent to other hired mischievous propagandists who are all out for the highest bidders.

“Generally, from our independent investigation, there is no iota of truth. We challenge him to produce evidence as we believe the names he mentioned are fake," the coalition told newsmen

“We will no longer tolerate any unpatriotic behaviour borne out of a mere quest for cheap and stupid popularity. We are poised to ensure that Nigeria remains one United indivisible country against all human machinations.”