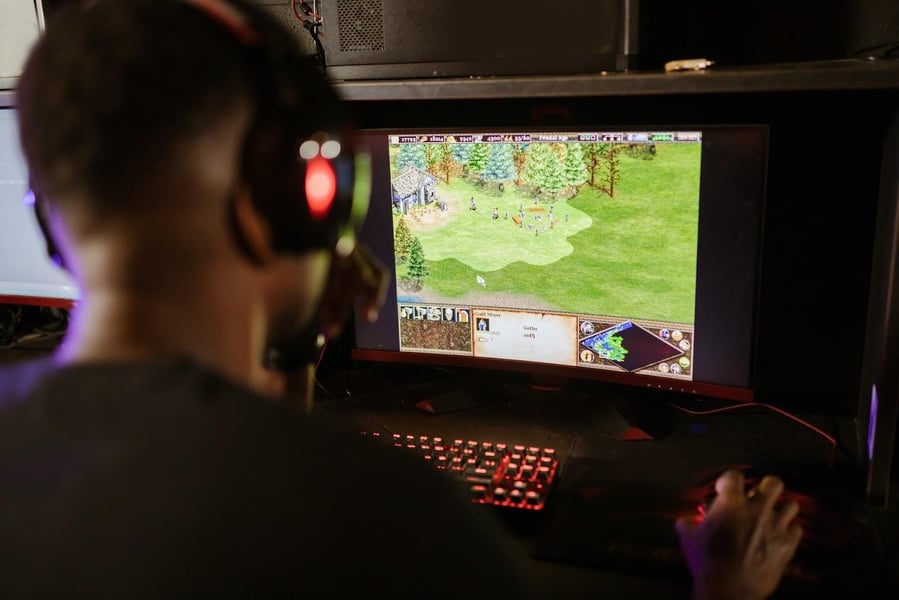 Let’s take a closer look at some of the key factors that contribute to the expansion of the gaming sector in Nigeria - and this includes the rise of popularity in both video gaming and online casino gambling.

The gaming landscape in Nigeria has come a long way and modern technologies have proven to be the key factor in its rise. The industry has experienced many advances and innovations keep emerging, especially due to the increased mobile penetration. The number of mobile internet users in the country has gone over 101.7 million in 2021.

The fact that Nigerians are quite tech-savvy works well for the development of the gaming industry. Research has shown that 43% of the country’s population actively uses the Internet. The government is also actively supporting the expansion of new tech, as they put a lot of effort into bringing cashless payments to many rural areas of the country.

The Rise of Online Casinos

Online gambling is a significant branch of gaming that is growing rapidly not only in Nigeria and Africa but in the rest of the world as well. However, it only started growing in Nigeria when the operators started offering real money options for mobile gambling. Therefore, online gambling started becoming extremely popular around 2012, right at the time when high-quality internet connections became available to most citizens.

Web-based gambling operators such as bet9ja are becoming more and more available to people across the country, and it is now much easier for players to quickly access their favorite games and have some fun wherever they are.

The Popularity of Sports Betting

Sports betting actually makes up the largest portion of Nigeria’s gambling sector, all thanks to the popularity of major European Leagues such as Italian Serie A, the English Premier League, and others. The rise of technology made it easier for locals to access betting sites, deposit money in a safer way, and follow international sports leagues.

According to some local reports, the number of Nigerians that engage in sports betting has reached 60 million, and the market generates around $2 billion per year which is approximately 10% of the country’s national budget.

The government took another significant step to support the industry by introducing new gaming and gambling regulations. They came up with an analysis of new and updated rules about legality and taxation which allowed many companies to grow without unnecessary obstacles. The initiative to issue licenses also encouraged customers to have more trust in the entire gaming sector.

The Broadening of Customer Base

The gaming customer base has been broadened to include middle-class citizens, crushing the stereotype that the industry is only attractive to lower-income earners. Also, since the recent economic recession has increased the number of unemployed or underemployed individuals, the user base has grown even more, especially when it comes to sports betting and lotteries.

Nigerians enjoy both foreign and domestic games, but there are some games that really stand out when it comes to popularity:

In Dota 2, the player is in control of a character known as a ‘hero’ who possesses a certain set of abilities. The hero joins a team of other players and together they compete against another team with a single goal in mind - to occupy and secure a base located on the map. One user usually plays with two to five others.

Although gambling was banned in Nigeria until 2004, its citizens are quite passionate about some of the most popular casino games such as roulette, blackjack, and slots. The players enjoy visiting land-based establishments, but they often choose to gamble using online operators, too. Other African countries, for example, South Africa, have also seen a similar trend when it comes to the popularity of web-based casinos. There are many online operators available for players in the country, and most of them are foreign.

FIFA Series is one of the top-selling sports franchises in the world, and its popularity has been growing steadily in Africa since the 2000s. Nigerians have been passionate about football since the 1920s when the beloved sport made its first appearance in the country, and it is no surprise that the population is also crazy about the FIFA franchise. Versions FIFA 18, 19, and 20 are particularly loved across the country.

Although the gaming industry had modest beginnings in Nigeria, the sector has experienced incredible growth and it is expected to keep expanding in the following years due to the flourishing of the mobile market and the country’s young population.

A large number of Nigerians enjoy spending time engaging in sports betting, online gambling or playing popular games like Dota 2, FIFA, and many others.