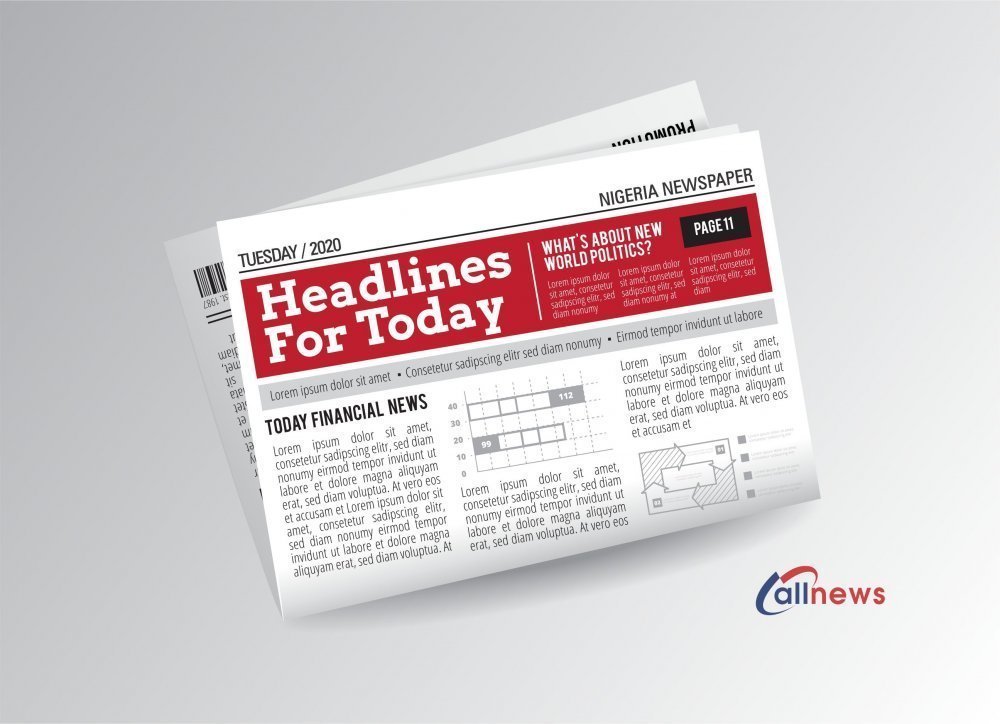 Welcome to the AllNews roundup of the top 10 Nigerian newspapers headlines for today Tuesday, January 19th, 2021.

Laycon said he has every reason to celebrate as he shares his experience before, during and after the BBNaija reality show 2020 and assures his fans that he is working hard to achieve all that he has wished he would do after the reality show. Read more here.

The Senior Special Assistant to the President on Media and Publicity, Garba Shehu made this known in a statement titled “President Buhari approves nomination of Abubakar Nuhu Fikpo as the acting DG of the National Directorate of Employment.” Read more here.

The Federal Government on Monday said no COVID-19 test results are required for returning students to be admitted into their schools.

The FG gave this directive in a short statement issued by the Director, Press and Public Relations, Federal Ministry of Education, Ben Goong. Read more here.

The new chairman, National Drug Law Enforcement Agency (NDLEA), Brigadier General Mohammed Buba Marwa (rtd) has warned illicit drug traffickers, exporters, and cultivators as well as consumers in the country to stop the practice forthwith or be prepared to contend with the NDLEA.

Buba Marwa stated this at his inaugural meeting with management, state commanders, and other staff of the agency in Abuja on Monday. Read more here.

Arsenal defender, Shkodran Mustafi has branded new Fenerbahçe signing, Mesut Ozil, "the most unselfish player on and off the pitch" he has ever played alongside.

Ozil landed in Turkey on Sunday night and was pictured with a Fenerbahce scarf and his M10 branding. Read more here.

As everyday people deal with the effects of the deadly coronavirus causing the COVID-19 disease. It has caused chaos, disrupting the lives of everyone across class and status.

The rate of infection is not abating. It has not spared the people who work hard to entertain and pass useful messages to the public too. Nollywood celebrities and musical entertainers have not been left out. Read more here.

An Igbo professional group, Coalition of South East Professionals’ Network in Nigeria and Diaspora (CSEPNND), has said the opposition to a South East presidency in 2023 by the Indigenous People of Biafra (IPOB) was a ploy to destabilise the region.

The group accused the outlawed IPOB of working with fifth columnists to destroy the region’s plan to produce the next president in 2023. Read more here.

However, two of the armed men, who also razed several houses in the community, met their waterloo when men of the joint security operation in the state, codenamed Operation Whirl Stroke (OPWS) in a counter-operation, apprehended two of them and recovered their weapons. Read more here.

The English Premier League scoring chart has not changed so much after matchday 19 even though several matches were postponed due to spike in COVID-19 in the UK.

The organizing secretary of All progressive Congress (APC) Lagos State, Enilolobo Abdullahi has declared his full support for Asiwaju Bola Ahmed Tinubu's presidential ambition saying his loyalty lies with him.

Enilolobo said this, countering a statement about him backing Minister of Interior, Ogbeni Rauf Aregbesola against Tinubu come 2023.. That kite is a callous, mischievous cold-hearted, immature and mere figment of their imagination. Read more here.