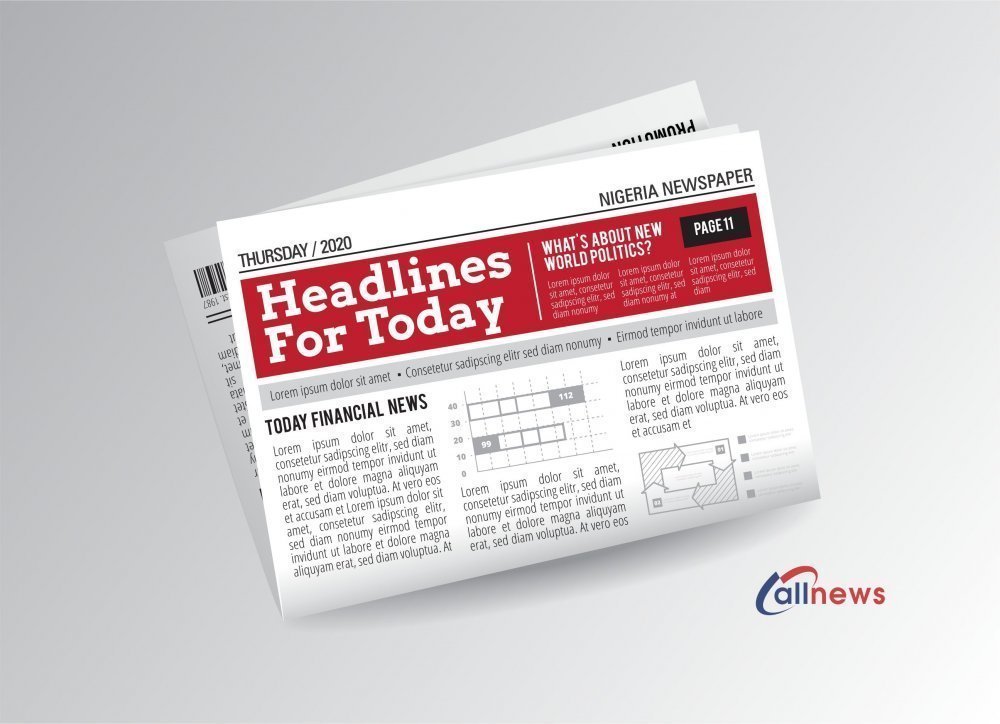 Welcome to the AllNews roundup of the top 10 Nigerian newspapers headlines for today Thursday, December 10th, 2020.

1. Insecurity: Lawmakers Does Not Have The Power To Summon Buhari - Malami Blows Hot

The Attorney General of the Federation Abubakar Malami has revealed that the lawmakers do not possess the constitutional power to summon President Muhammadu Buhari.

Malami who made this known in a statement on Wednesday said that summoning the president over his operational use of armed forces was outside the constitutional power of the National Assembly. Read more here.

2. How FG Tried To Outsmart Nigerians With N5 Reduction In Fuel Price

The Federal Government announced that Premium Motor Spirit (PMS) pump price will be reduced as Nigeria heads into the Christmas period. The government, according to Minister of Labour and Employment, Chris Ngige, will cut the fuel price by N5, but AllNews findings show the government is trying to outsmart Nigerians.

While the reduction might be viewed as a sympathetic move by the government, it is not, as the Nigerian National Petroleum Corporation (NNPC) had previously increased the pump price of petrol despite no movement in international crude oil price market. Read more here.

Mahmood Yakubu has been sworn in by President Muhammadu Buhari as the Chairman of the Independent National Electoral Commission (INEC) for a fresh tenure.

AllNews gathered that the swearing-in was presided over by President Buhari. It preceded the 27th virtual Federal Executive Council (FEC) at the council chamber at the Presidential Villa, Abuja. Read more here.

President Muhammadu Buhari on Tuesday said that the report of CNN and BBC on the #ENDSARS protest failed to give an account of the policemen that were killed and police stations that were burnt during the protest.

Buhari who said this during his meeting with Governors of the 36 states of the Federation said that he was disgusted by the coverage of the international media outfits. Read more here.

5. #EndSARS: For Protest To Continue, There Must Be A Leader - NANS President

The President of the National Association of Nigeria Students (NANS), Sunday Asefon has advised the #EndSARS protesters to elect a leader if the protest must continue.

Giving this advice during a media roundtable discussion organized by Punch, Asefon pointed out that a protest without leadership is not a well-coordinated one. Read more here.

Amid the current market realities, Nigerian oil marketers have kicked against the N5 reduction in petrol pump price announced on Tuesday by the Federal Government of Nigeria.

AllNews learned that Dr. Chris Ngige, the Minister of Labour and Employment announced the petrol price cut at the end of a meeting with labour leaders which began around 9 pm on Monday and ended at 1:30 am on Tuesday. Read more here.

7. Biafra Will Be Everything Nigeria Couldn't Be As A Nation, Says IPOB's Nnamdi Kanu

Biafra political activist, Nnamdi Kanu says if a Biafra nation is achieved, it "will be everything Nigeria could not be as a nation", AllNews reports.

Self-exiled Kanu leads the outlawed Indigenous People of Biafra (IPOB), a Biafran separatist organization in Nigeria whose main aim is to restore an independent state of Biafra in the former Eastern Region of Nigeria through an independence referendum. Read more here.

8. N-Power Batch C: Despite Ministry Of Youth Saying Enrollment Will Transpire In November, Nothing Has Happened

Despite the Ministry of Youth and Sports Development saying in October that enrollment of the Batch C N-Power beneficiaries will transpire in November 2020, AllNews understands the over 5 million Nigerian youths who applied for the famed scheme are still waiting.

In a file on October 18, 25 opportunities that the Federal Government has provided for the youth, posted on Sunday Dare, the Minister of Youth and Sports' verified Twitter handle, it was stated that the N-Power Batch C Recruitment which has gained massive interest from Nigerian youths, is "coming on next month". Read more here.

9. Nigerians Are Focusing On Elections Not Governance - Fayemi

The Governor of Ekiti State, Kayode Fayemi, says that the focus of Nigerians is on elections and not how to make the current system work better.

He said that people were more concerned about "power and succession", and that there is a neglect of the "purpose of power" and the "content of government". Read more here.

Nigeria has recorded more than 70, 000 Coronavirus disease (COVID-19) cases after recording the highest daily tally since late August, on Tuesday.

A total of 550 people tested positive for the disease Tuesday, taking the number of confirmed cases in the country to 70, 195. Read more here.