Nigerian States With The Largest Debts Per Individual 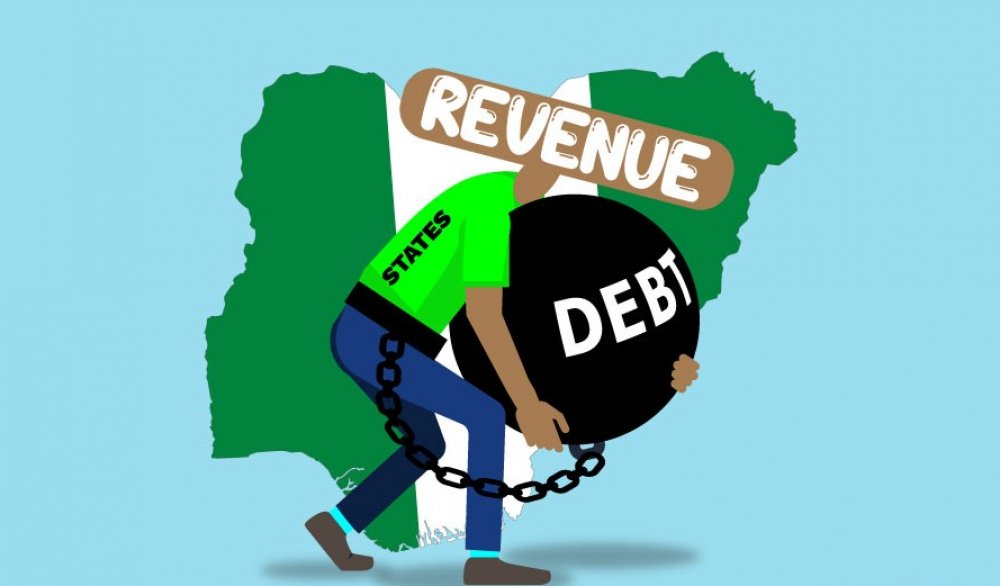 Africa's largest economy has been under debt pressure, as its total debt profile surged in the first quarter of 2021 to N33.11 trillion, yoking the estimated population of 203.3 million with a debt per population of N162,949.

What this means is that the average Nigerian owes approximately N163,000 out of Nigeria's total debt if allocated equally. This is however not likely to be the biggest number on record as the Federal government intends to acquire more loans between 2021 and 2024 to the tune of N19.69 trillion.

Meanwhile, a recent report from the Ministry of Finance showed that Nigeria spent 98% of its five-month revenue servicing existing debts.

While it is not abnormal for a country to borrow to improve its infrastructure and finance revenue-generating projects, valid questions are raised about the debtor's ability to repay these loans.

According to data obtained from Nigeria's Debt Management Office (DMO), the 36 states of Nigeria + the federal capital territory have a cumulative debt stock of N4.12 trillion and external debt of N1.95 trillion, summing up to at least N6.07 trillion at the end of the first quarter of the year.

Meanwhile, a careful look at the data from the Central Bank of Nigeria revealed that only 8 states in the country managed to receive foreign investments in the first quarter of 2021, with Lagos State receiving the lion's share of the total inflows.

At the same time, a peek into the states’ finances for 2020 showed that the 36 states recorded a total available fund of N3.6 trillion, N2.29 trillion of which was received from federal allocation, representing 63.7% of the sum.

These facts indicate that Nigerian states rely mostly on funds coming from the federal government rather than generate internal revenue.

We will be looking at states in the country with the highest debt per population compared with their ability to generate income internally and attract foreign investments.

Known to be Nigeria’s commercial capital, Lagos houses most industrial companies and businesses in the country. Lagos state's total debt as of the review period stood at N1.08 trillion, accounting for 17.8% of the nation's total debt. With an estimated population of N13.18 million, Lagos tops the rank as the average resident owes N82,118.

However, despite the state having the highest total debt stock as well as debt per population, its inflows show signs that the state has prospects of repaying its debts. According to data from NBS, Lagos State recorded the highest IGR in 2020 with the lowest Federal allocation to total fund ratio in the year. This shows that Lagos relies more on internally generated revenue to run the state than it does on federal allocation.

As Nigeria's economic centre, it also magnetised the highest foreign inflows in Q1 2021, dwarfing others significantly after receiving $1.58 billion in capital inflows.

Bayelsa ranks second, with its total debt profile standing at N168.67 billion as of March 2021. With an estimated population of 2.39 million the state’s debt per population stands at N70,518.

Being an oil-producing state has not really influenced this state's finances positively as it attracted no foreign investments in the first quarter of the year. As a matter of fact, Bayelsa does not seem to be a point of attraction for foreign investors as it did not also receive any foreign inflows in 2019 and 2020.

Bayelsa generated a total of N128.58 billion in the year 2020, 90.5% of which was received from the federal account either as statutory allocations or 13% oil derivatives.

With a total debt profile of N241 billion and an estimated population of 4.06 million people, Cross-River comes in at number three with a debt per population of N59,365.

The state is known mostly for its tourist attractions such as Cross River National Park, Agbokim Waterfalls, Tinapa Resort, among others. While this is a good revenue-generating channel, it was only able to churn out N12.18 billion internal revenue in 2020.

Cross-River has also been feeble at attracting foreign investments, as the last time it got any foreign inflows was in 2019 when it managed to pull in $25 million.