Nigerians Are Permanently On Recession Because of Economic Mismanagement – Falana 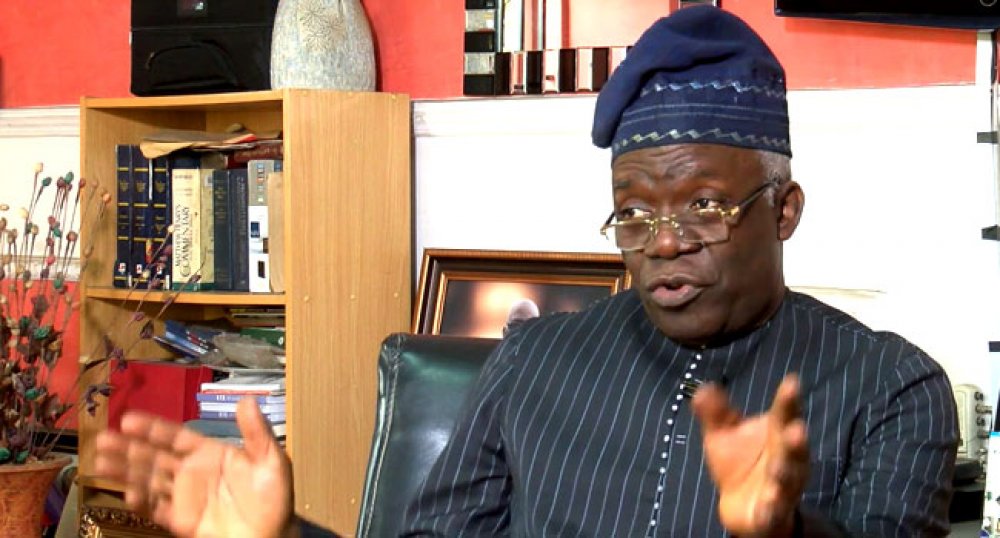 The senior lawyer was reacting to the protests embark upon by the Nigerian workers over the proposed amendments to the minimum wage.

Falana spoke during an interview on Channels Television’s programme ‘Politics Today’ on Wednesday. He said the march was in order.

“As far as I am concerned, the protest by the labour unions today was in order. And I do hope that members of the National Assembly and the various Houses of Assemblies in the country will appreciate the need to prevent the payment of Starvation Wages in our country which is what the National Minimum Wage is all about,” he said.

According to the Senior Advocate of Nigeria, no fewer than 18 states of the federation have breached the Minimum Wage act enacted in 2019.

“Our people are asked to tighten their belts all the time. Whether there is a recession or not, for the people, they are permanently in recession in our country because of gross mismanagement of the economy of our country.

Yesterday, the workers staged a nationwide protest to kick against the plan by both the Federal and state governments to freely negotiate the minimum wage bill with their workers in line with the country’s federal system.

About a fortnight ago, the House of Representatives introduced a bill in which the sponsor, Hon. Garba Mohammed, claimed would create room for a free negotiation of the minimum wage with federal and state workers in line with the federal system of the country.

But workers have said that the bill is an attempt by some state governors and members of the National Assembly to short-change them.

The protest is being coordinated from the Federal Capital Territory (FCT), Abuja and it is holding after attempts by some lawmakers at the National Assembly to remove the Minimum Wage from the exclusive Legislative List to the Concurrent Legislative List.

Members of the organized labour from various member organizations arrived at the venue for take-off of the protest in various states, carrying placards with different inscriptions.

The National President of the Nigerian Labour Congress (NLC), Ayuba Wabba, during his address to the union members at the Unity Fountain in Abuja, stated that the right of Nigerian workers to enjoy the minimum wage is in line with the International Labour Organisation.