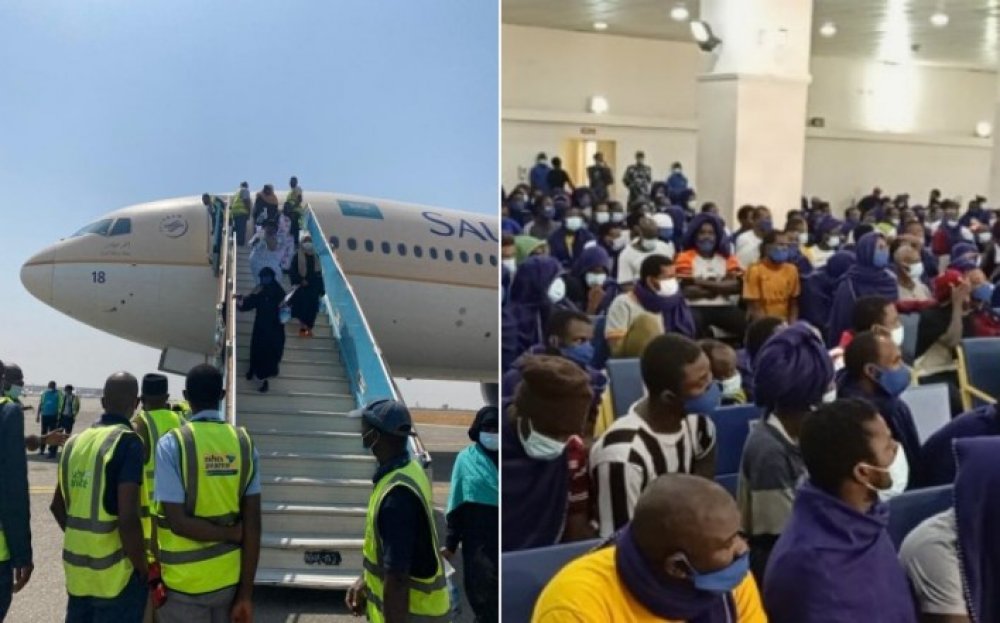 The Chairman of the Nigerians in Diaspora Commission (NIDCOM), Abike Dabiri-Erewa has announced the return of 384 Nigerians from the United Arab Emirates.

NIDCOM made this known via its verified Twitter account on Thursday evening while announcing the return of the first batch.

The returnees are part of the 802 Nigerians stranded in Saudi Arabia that the Nigerian government had promised to evacuate to Nigeria on Thursday and Friday.

The evacuation of the stranded Nigerians follows a call for help in a video that went viral recently on social media.

The videos showed bodies wrapped in black polythene bags lying on the floor in a packed room with a voice narrating that they have been stranded for more than seven months.

Abike Dabiri-Erewa while responding to the viral video depicting Nigerians pleading to be returned from Saudi Arabia assured that they will be evacuated from the Muslim country by January 28th and 29th.

The commission said out of the 384 returnees, 300 are males, 83 are females, while one of them is an infant whose gender was not disclosed.

NIDCOM tweeted, “384 Returnees (300 Males, 83 Females and one Infant) of the 802 stranded Nigerians in UAE just arrived at the Nnamdi Azikiwe International Airport, Abuja via Saudi Air flight B773 at about 1:10 pm local time today 28th January 2021.”

The Ministry of Foreign Affairs had disclosed that the second batch would arrive in the country on Friday and would be received at the Nnamdi Azikiwe International Airport, Abuja, by the ministry’s officials.

A statement said, “They (returnees) will be quarantined at the FCT Hajj camp for a period of 14 days in line with established COVID-19 protocols. Thereafter, the ministry will facilitate their movement to their respective home destinations.”

He, however, said the Nigerian government does not support illegal migration.