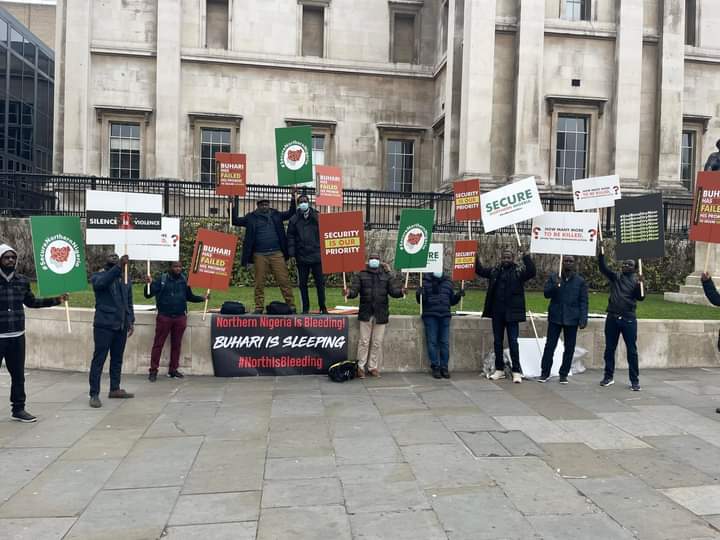 Protesters over rising insecurity in London

More From this Author
Nigerians living in the diaspora on Thursday protested over the rising insecurity in Nigeria, particularly in the north.
The protesters came out around noon Thursday lamented on how Northerners are being butchered daily without concrete moves by authorities to stop them.
Among those that led the protest are, a prominent lawyer, Barrister Audu Bulama Bukarti, and renowned journalist, Ja'afar Ja'afar.
They accused President Muhammadu Buhari of refusing to accept the advice of well-meaning stakeholders on how to end the slaughter.
They called on the President to as a matter of urgency take measures to curtail the killing.
The north has been witnessing rising insecurity from banditry to Boko haram terrorism.
On Thursday, the insurgents in Maiduguri dared the President when they attacked residents just a few minutes ahead of his visit.
Also Wednesday, gunmen kidnapped travelers along Kano-Kaduna road twice a day. The police public relations officer in Kaduna, ASP Muhammad Jalige said the police has rescued 48 of the victims. Scores have been killed while others are still in captivity.