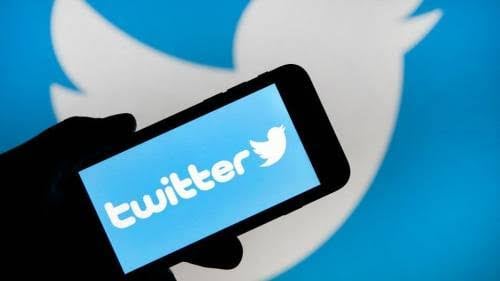 A clip of Tolu Ogunlesi’s Wednesday’s interview with America broadcast outfit, CNN, where he was struggling to provide the appropriate answer to a question related to the Muhammadu Buhari administration’s ban on Twitter, has seen many social media users criticise the presidential aide.

The CNN interviewer, Larry Madowo, had tweeted via his verified handle that Ogunlesi “strongly defended” the Buhari administration’s decision, although Madowo pointed out that the Nigerian official “wouldn't say explicitly that he supports the ban, even when I pushed”.

“But he wouldn't say explicitly that he supports the ban, even when I pushed,” Madowo wrote with an accompanying video of about 6 minutes.

Following the interview, several Nigerians have taken to Twitter to aim dig at Ogunlesi.

Fisayo Soyombo wrote: “Simple question by the interviewer: Was Twitter banned because of the deleted Buhari tweet?

Tolu Ogunlesi couldn't answer. Simple yes or no, he first rambled on and on until I lost interest.”

@mcgboye wrote: “Tolu Ogunlesi's *paid* job is to defend the govt and spin their BS positively. So I have no problem with it.

But at least do it competently. This is pathetic to watch.”

@novieverest opined: “Tolu Ogunlesi is among those with tied hands. He can't say anything today, with hope that in future he can deny being part of it. To him, it's a game but history already has him where he is placed.”

@soniaezee wrote: “Tolu Ogunlesi is embarrassing himself and Nigeria on CNN.”

@Dozieben2 wrote: “Tolu Ogunlesi was asked a simple question, if he was in support of the twitter ban or not, He could not answer. See what he's reduced himself to.”