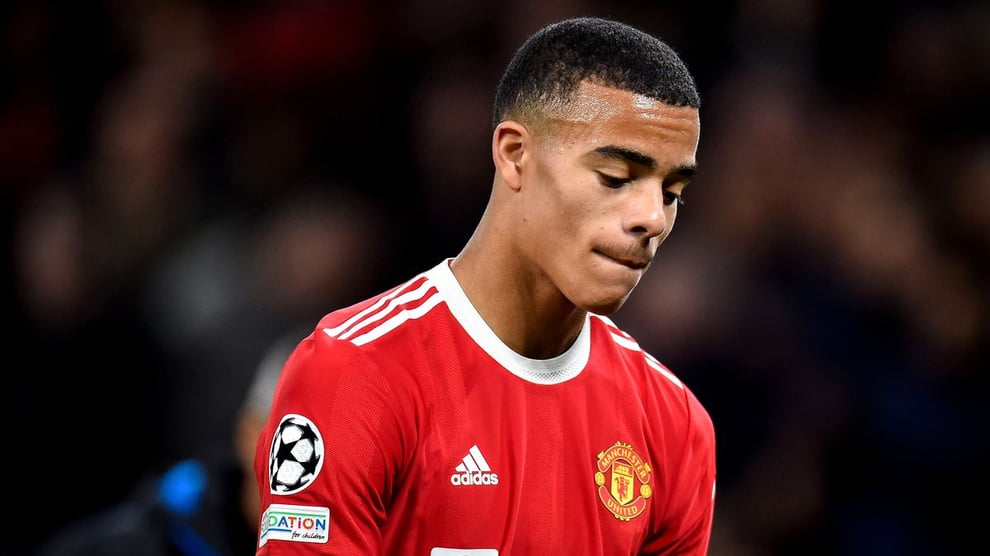 Nike have suspended their relationship with Manchester United winger Mason Greenwood after his arrest on suspicion of rape and assault.

Greenwood, 20, was detained on Sunday following the circulation of harrowing images and audio on social media, which alleged he attacked an 18-year-old student.

In the wake of the allegations, Nike - the world-famous sportswear giant - released a statement stating that they were 'deeply concerned'.

Now, it has been revealed their connection with Greenwood has been put on hold.

A statement read: 'We have suspended our relationship with Mason Greenwood.

'We are deeply concerned by the disturbing allegations and will continue to closely monitor the situation.'

The woman who made the allegations against Greenwood was interviewed by plain clothes officers at her family home yesterday afternoon.

Soon after the messages emerged and spread on social media, United released a statement saying they were making enquiries 'to establish the full circumstances.

It added: 'Manchester United does not condone violence of any kind.'

Forensic officers arrived at Greenwood's £2million mansion, which is located in an upmarket village in Cheshire, yesterday evening.

In a second statement, they said Greenwood would 'not return to training or play matches until further notice.

The posts allegedly incriminating the footballer were online for just a few hours before then being deleted.