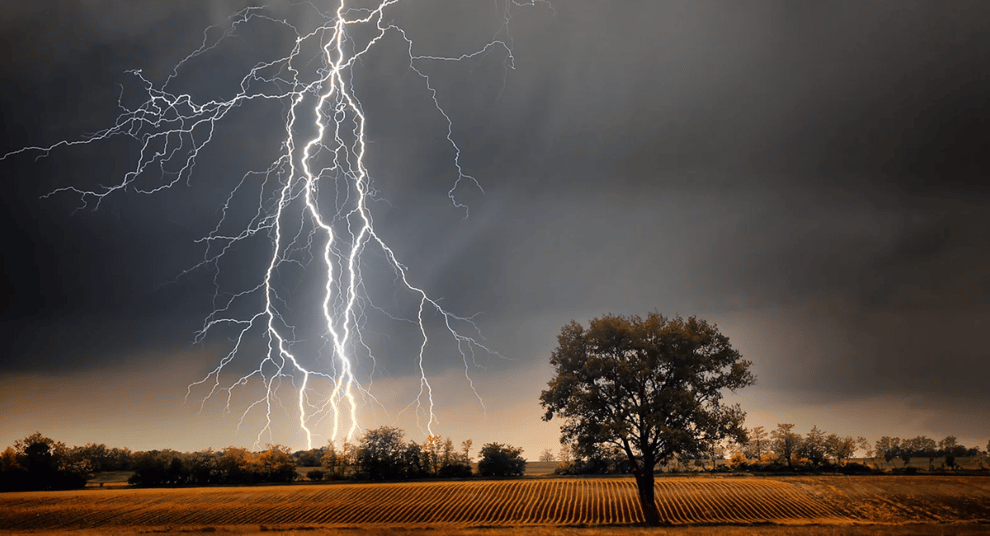 The Nigerian Meteorological Agency, (NiMet) has predicted that some parts of the country will experience thunderstorms and cloudiness from today, Monday to Wednesday.

This was contained in the agency's press statement on Sunday.

According to the report, the North Western states of Zamfara, Katsina, Sokoto, Kebbi, Kano, Jigawa, and Kaduna will experience thunderstorms during the period.

Meanwhile, the North East has been predicted to experience a cloudy atmosphere.

The agency further stated that thunderstorms should be expected in most parts of the country later in the day for the three days.

“The North-central region is expected to be cloudy with chances of morning rains over parts of Plateau, Niger, Kogi, the FCT and Nasarawa state.

“Later in the day, intermittent rains are expected over most places throughout the forecast period.

“Rains are expected over the inland and coastal cities of the south throughout the forecast period,” NiMet Stated, as reported the Daily Nigerian.

The North West is to expect thunderstorms in the afternoon and evening added NiMet.

However the North Central states of Kogi, Nasarawa, Plateau and the Federal Capital Territory (FCT) Abuja will experience a cloudy atmosphere with the expectation of rains in the morning.

The statement further stated that, “In the afternoon and evening hours, thunderstorms are expected over most places.

"Light rains are anticipated over the inland and coastal cities of the South."

“There are prospects of intermittent rains accompanied with thunder and strong winds over northern parts of the country, which may give rise to flash floods."

The agency further called on airline operators to keep updated on the weather forecast to guide their operations while warning citizens to take precautions against the expected floods.

The agency also called on the emergency management agencies across the country to be on alert over the expectant flash floods in some parts of the country.