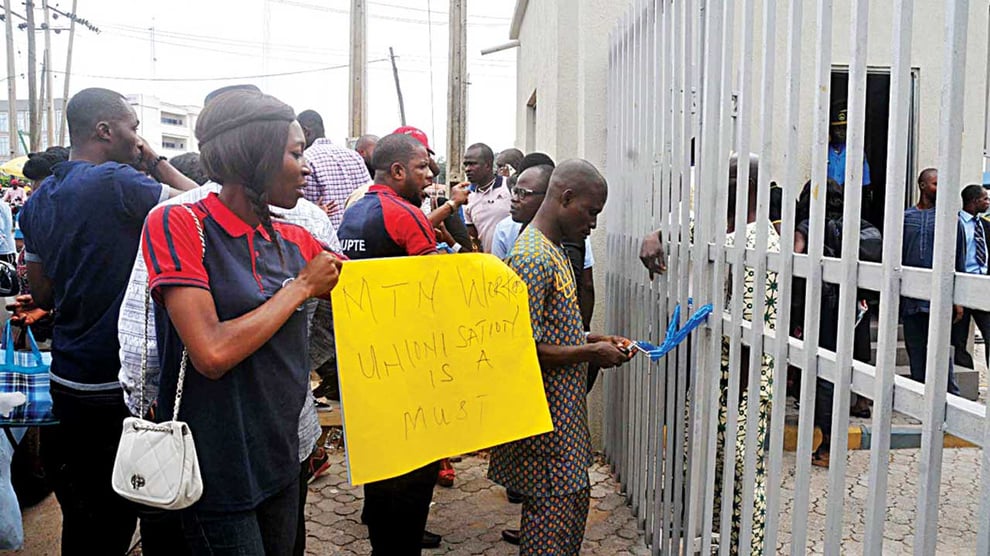 Subscribers stormed telecom outlets in mass numbers on Tuesday after they woke up to discover that they could not make calls with their lines.

Following a directive from the federal government, telecom companies barred customers who have failed to link their National Identification Number (NIN) to their Subscriber Identity Module (SIM) from making outgoing calls, resulting in the customers being stranded.

Punch reports that subscribers stormed telecom service centres in droves to link their NIN with their SIM cards.

MTN representatives at the Ojodu centre in Lagos were spotted attempting to help subscribers do the linkage amid a server downtime.

"I woke up and I couldn’t make calls. I have not been able to reach my clients whose orders I have to fulfil, and this is really affecting me.”

"I have tried to link my SIM to my NIN with the code, but it is not going through", a subscriber revealed.

Corroborating the above report, other subscribers disclosed that they had been trying to reach their families and make business calls. all to no avail.

Speaking on the development, the President of the National Association of Telecoms Subscribers, Adeolu Ogunbanjo, stated that people were rushing to the telecom centres because of the commercial implications of the ban.

"Here we are, if you do not do it, you can only receive calls. They should please not suffer subscribers any further.

"The implication of this is that a lot of subscribers would be stuck, and businesses would be affected. There are also a lot of commercial undertones to this as a lot of people would lose their businesses, because they can’t call out.

"The economic and commercial implications on subscribers would run into billions which is not good for now. People can’t make calls but can receive them.