Nine Dead, 40 Injured In Explosion At Hotel In Cuba 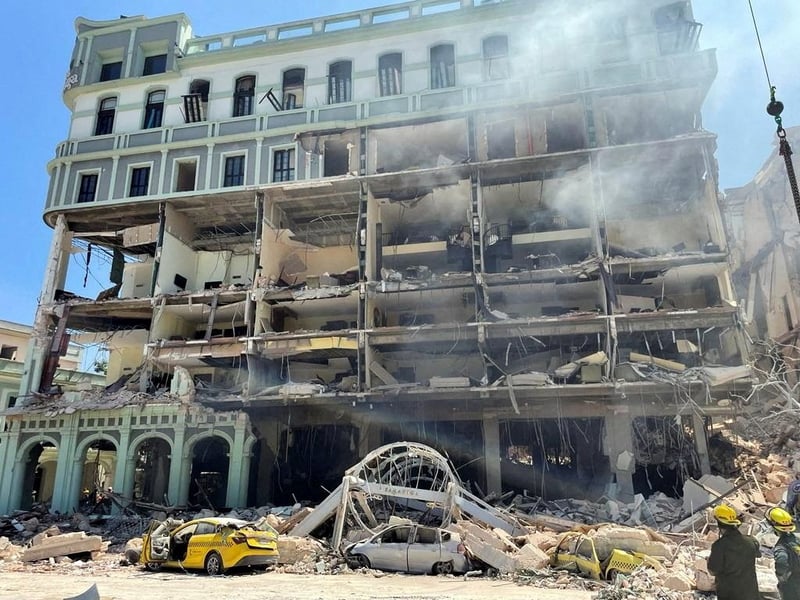 At least nine people were killed and 40 others injured after an explosion rocked a hotel in Cuba's capital Havana.

Cuban state TV reported late Friday that the blast was caused by a truck that had been supplying natural gas to the hotel, but did not provide details on how the natural gas ignited.

The blast sent smokes into the air around the hotel and it happened as Cuba is struggling to revive its key tourism sector which was devastated by the coronavirus pandemic.

The doctor said the number of injured could rise as the search continues for people who may be trapped in the rubble.

The hotel was first renovated in 2005 as part of the Cuban government's revival of Old Havana and is owned by the Cuban military's tourism business arm, Grupo de Turismo Gaviota SA.

The company said it was investigating the cause of the blast.

The Hotel has been used frequently by visiting VIPs and political figures, including high-ranking U.S. government delegations. Beyoncé and Jay Z also stayed there during a 2013 visit to Cuba.