Nkechi Blessing Shows What She Wears In Place Of Panties [Video] 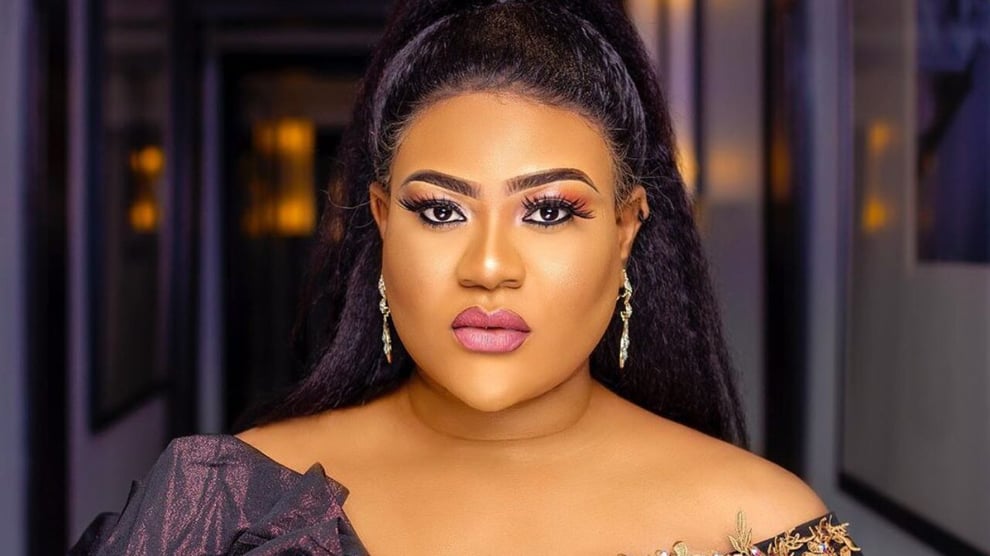 Actress Nkechi Blessing Sunday has demonstrated to Daddy Freeze that, contrary to what her former lover claimed, she does not wear pants.

The actress had previously said that she disikes wearing pants.

While defending the accusations leveled against her by her ex-lover, Opeyemi Falegan, the actress made the rather shocking and embarrassing revelation.

Opeyemi Falegan had accused Nkechi Blessing of being unsanitary, even going so far as to wear only one pant for three days.

Nkechi responded quickly, revealing that she hasn't worn panties since she was 18 for reasons unknown to her.

To support her point, Nkechi Blessing revealed the type of undies she wears in place of a pant during an interview with Daddy Freeze and two other ladies.

She prefers to wear body suits instead of pants because they fit her bra.

In response, Daddy Freeze stated that if she wears this type of underwear, she doesn't need pants....