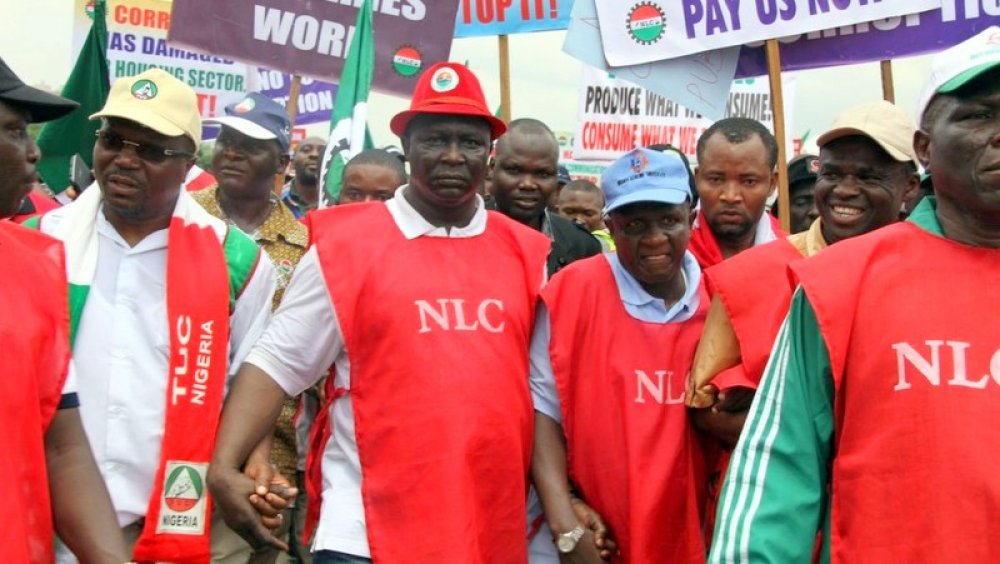 The National Executive Council of the Nigeria Labour Congress (NLC) has threatened to embark on a nationwide protest from March 10 over an alleged attempt by the National Assembly to remove the minimum wage from the Exclusive List to the Concurrent List.

AllNews had reported that the House of Representatives last weekend debated a Bill to remove the powers to negotiate wage matters from the Exclusive to the Concurrent list, citing the inability of state governors to pay the present N30, 000 minimum wage for the move.

The bill, which was sponsored by Garba Mohammed, has scaled second reading in the House.

Reacting to the Reps move to alter the present wage structure, the NLC leadership said the protest will be held in the various Houses of Assembly of the 36 states of the federation

According to congress, workers will not lie low and watch hard-fought rights which are global standards become bastardised by opportunistic and narrow- thinking politicians.

NLC President, Ayuba Wabba in a communique jointly signed by the Ag-General Secretary of the NLC, Ismail Bello, said the bill is an attempt to undermine Nigeria’s working class.

“The NEC decided that there will be a national protest action commencing from the 10th of March, 2021 in the Federal Capital Territory and especially to the National Assembly. The protest is to make a strong statement that Nigerian workers would not lie low and watch hard-fought rights which are of global standards bastardised by opportunistic and narrow thinking politicians.

“The NEC resolved that the national protest will be concurrently held in all the 36 states of the federation and to the different State Houses of Assembly across Nigeria.

“The NEC decided that should the need arise; it has the empowered the National Administrative Council of the NLC to declare and enforce a national strike action especially if the legislators continue on the ruinous path of moving the national minimum wage from the Exclusive Legislative List to the Concurrent legislative list,” the NLC stated.

Reacting to the hardship caused by the hoarding of fuel over fears of a petrol price hike, NLC condemned the action and threatened to picket such filling stations found to be inflicting pains on Nigerians.