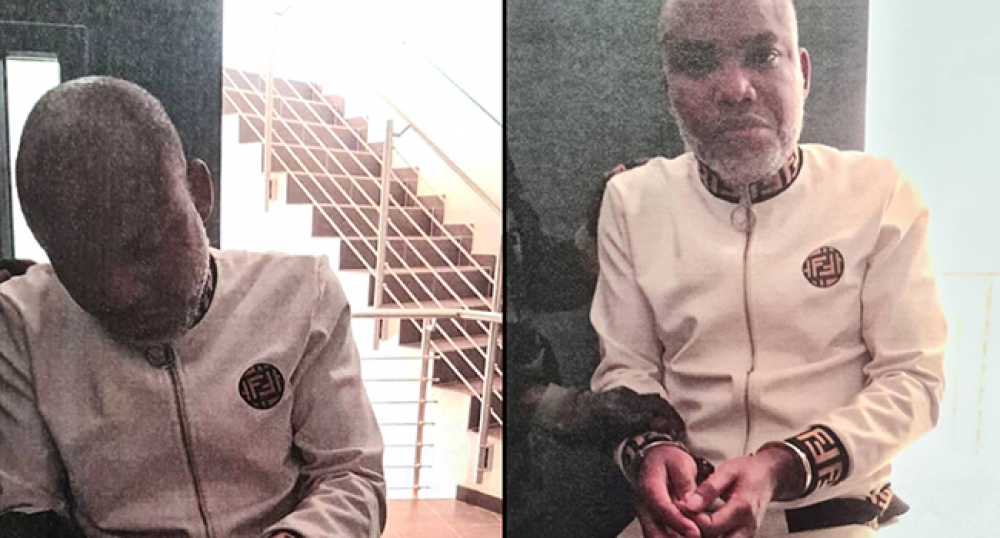 Cameroon Special Envoy, Felix Mbayu has congratulated the Nigerian government on the rearrest and repatriation of the leader of the banned Indigenous People of Biafra (IPOB), Nnamdi Kanu, through the collaboration of national security agencies and INTERPOL.

This is as President Muhammadu Buhari pledged that Nigeria will offer the best support possible to ensure that the Republic of Cameroon remains an indivisible country.

AllNews recalls that IPOB, a secessionist movement, was said to have entered into alliance with Ambazonian Movement, another separatist group from Cameroon, in their agitations for self determination.

Speaking while receiving his guest, Mbayu, a Special Envoy from President Paul Biya of Cameroon, at the Presidential Villa, Abuja, President Buhari recalled that Cameroon offered Nigeria needed support during the civil war.

The President said Nigeria and Cameroon share historical ties and common borders, which make it imperative for the two countries to look out for each other’s well-being.

A statement issued by the Special Adviser to the President on Media and Publicity, Chief Femi Adesina, quoted the President as saying, “That was why when I first came to office in 2015, I immediately visited all our neighbours, because we are very clear about the value of good neighbourliness.

“You will have problems if your neighbours are not cultivated. And our relationship with Cameroon had been very clear since when I was serving in the military. The country offered us needed support during our Civil War.”

Saying Nigeria was acutely aware of the separatist agitation by the Ambazonian movement, President Buhari submitted that it was in the interest of Nigeria “to ensure that Cameroon is stable, and we will be steadfast in our support for you.”

Mbayu, who is also Minister Delegate in Charge of Cooperation with the Commonwealth, said President Biya was happy with the role Nigeria was playing in Africa, noting that the two neighbours share not just borders and historical ties, “but also common challenges.”

Furthermore, he said, “These challenges border on security specially, and it is incumbent on us both to find common solutions.”

He added that President Biya looked forward to a situation in which Nigerian territory would not be available for the Ambazonian movement to destabilize Cameroon, “as some people are taking advantage of some crises in the two English speaking parts of Cameroon to break the country apart.”