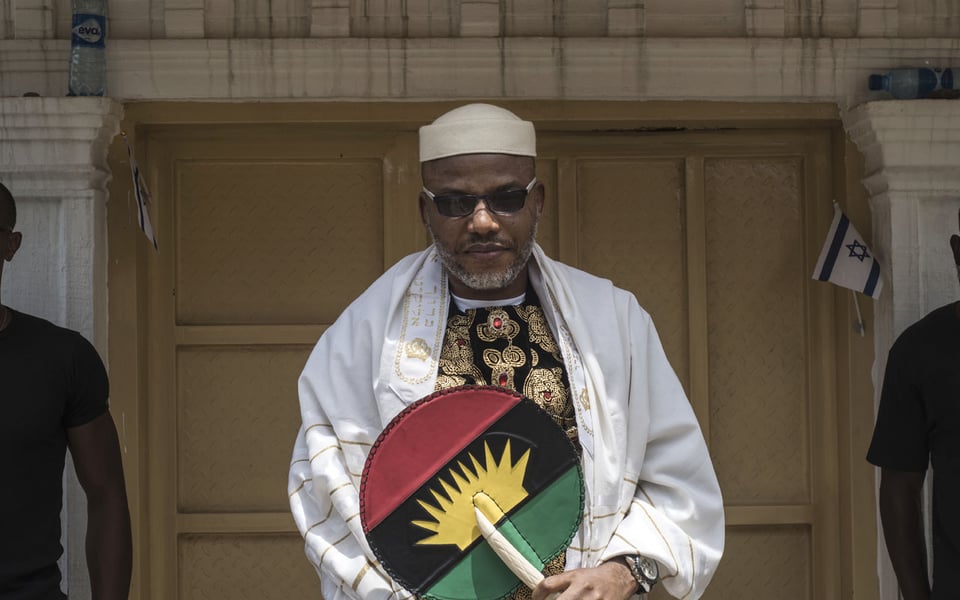 The leader of the Indigenous People of Biafra (IPOB), Mazi Nnamdi Kanu, has ordered a 'Biafrans' to ignore the purported five-day sit-at-home directive.

The younger brother of the IPOB leader, Prince Emmanuel Kanu, made this known after visiting him at the headquarters of the Department of State Services (DSS).

He said that his brother told him that he never issued any directive for a sit-at-home.

He said that promoters of “such senseless and anti-people order are the real enemies of Biafra.”

“My brother said: ‘At no time did I order anybody or group to issue such sensitive orders.

"He directed all IPOB members to ignore anybody calling for a 5-day sit-at-home.

"My brother said that our people should know that that those who issue such orders are the real enemies of Biafra, and must be dealt with.

"He equally told me that Biafrans should know that he is in detention for their sake and not to compound their problems.”

He urged people in the South East and other affected regions to go about their legitimate businesses without fear of molestations.