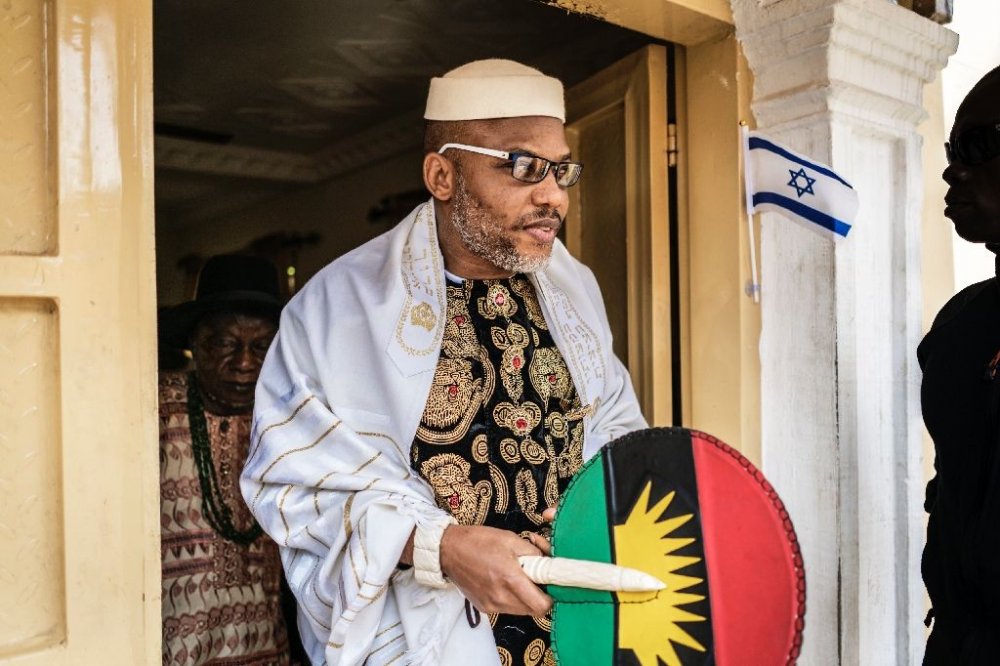 The leader of the Indigenous Peoples of Biafra (IPOB) Nnamdi Kanu, has said that the 2020 #EndSARS protest failed to produce a revolution because of the ambition of an All Progressives Congress national leader, Bola Tinubu, to become president in 2023.

Nnamdi Kanu alleged that the "Yoruba" media watered down the EndSARS protest to prevent Nigeria from collapsing so that Tinubu could be president by 2023.

The IPOB leader argued that the plan of the Fulani was to sow discord and disunity in southern Nigeria, to prevent them from presenting a common front.

Kanu stated these in a special live broadcast on Sunday, while lamenting that the EndSARS protest was an avenue for the oppressed people to regain their freedom from the oppressors.

He said “The Yoruba are trying to protect their interests because they know, by 2023, there is every likelihood that they may rig Tinubu into office.

“I remember EndSARS very well. When you come out for a revolution, you must go to the end. When next you are planning to protest, go and study the history of revolution – Russian, French and the George Washington revolution in America. If you think a revolution is to come out on the streets, dance to musicians, no, it is not.

“When the revolution failed was when the Yoruba media allowed themselves to be used. They thought if Nigeria collapsed, Tinubu would not be president in 2023. They kept bringing in tribal, religion and other issues. Had we remained on the streets, forgetting about the palliatives, by now, the zoo would have collapsed.

“They (the Fulani) know that it becomes impossible to penetrate us. So for them to succeed, they have to bring a very clever plot. Unfortunately, the Yoruba media is in support and I have warned them repeatedly. I have warned my Yoruba friends that this double game you are playing will consume you.

“And today, they are in Yoruba land, killing and taking over their forests. If not for the bravery of the Eastern Security Network, I do not think that the Amotekun would have the courage to confront the Fulani herdsmen in their forests.”

Meanwhile, the Chairman, Presidential Advisory Committee Against Corruption (PACAC), Prof. Itse Sagay (SAN), says the National leader of the All Progressives Congress (APC), Bola Tinubu, is free to contest in the 2023 general elections.

Sagay, a senior advocate of Nigeria, noted that the former Lagos State Governor is a potential presidential can­didate, who can lead the county very well.

Speaking with Daily Independent, Sagay said it was the turn of southern­ers to produce the next President to ensure justice and fairness and protect the unity of the nation.