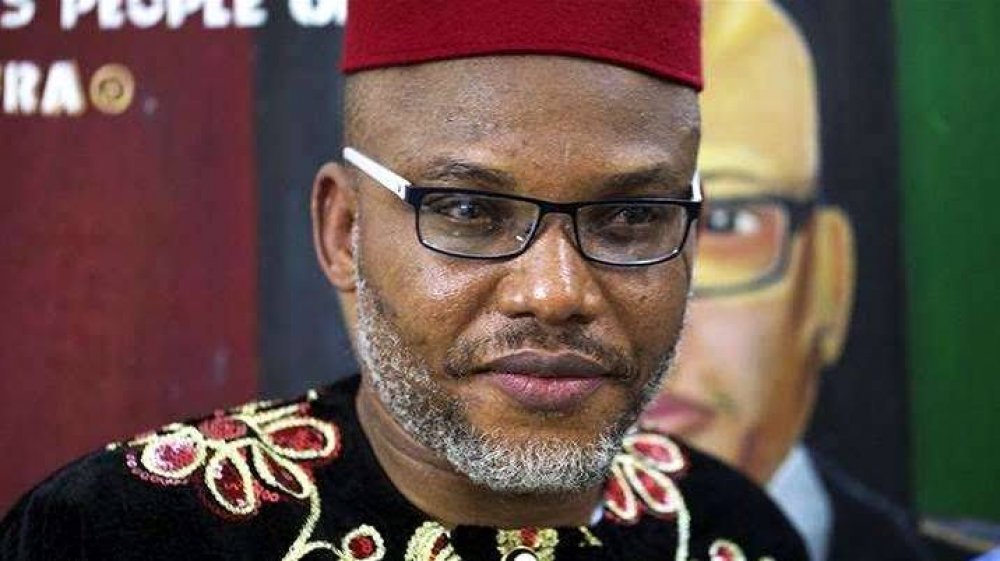 Ifeanyi Ejiofor, lawyer to Nnamdi Kanu, leader of the Indigenous People of Biafra (IPOB), has asked supporters of the proscribed group to remember the incarcerated Nigerian separatist leader in prayers.

In a tweet on his known handle on Friday, Ejiofor confirmed that Kanu's court hearing will take place on Monday July 26.

UPDATE ON F.R.N VS MAZI NNAMDI KANU.
We have just received a confirmation from Federal Federal High Court Abuja, that Hearing on  Our Client's case above referred will still go on as earlier schedulde on Monday next week being the  26th Day of July 2021.

Remember Mazi Nnamdi Kanu, and the entire Legal team in your prayers.

Thank you all and remain blessed. 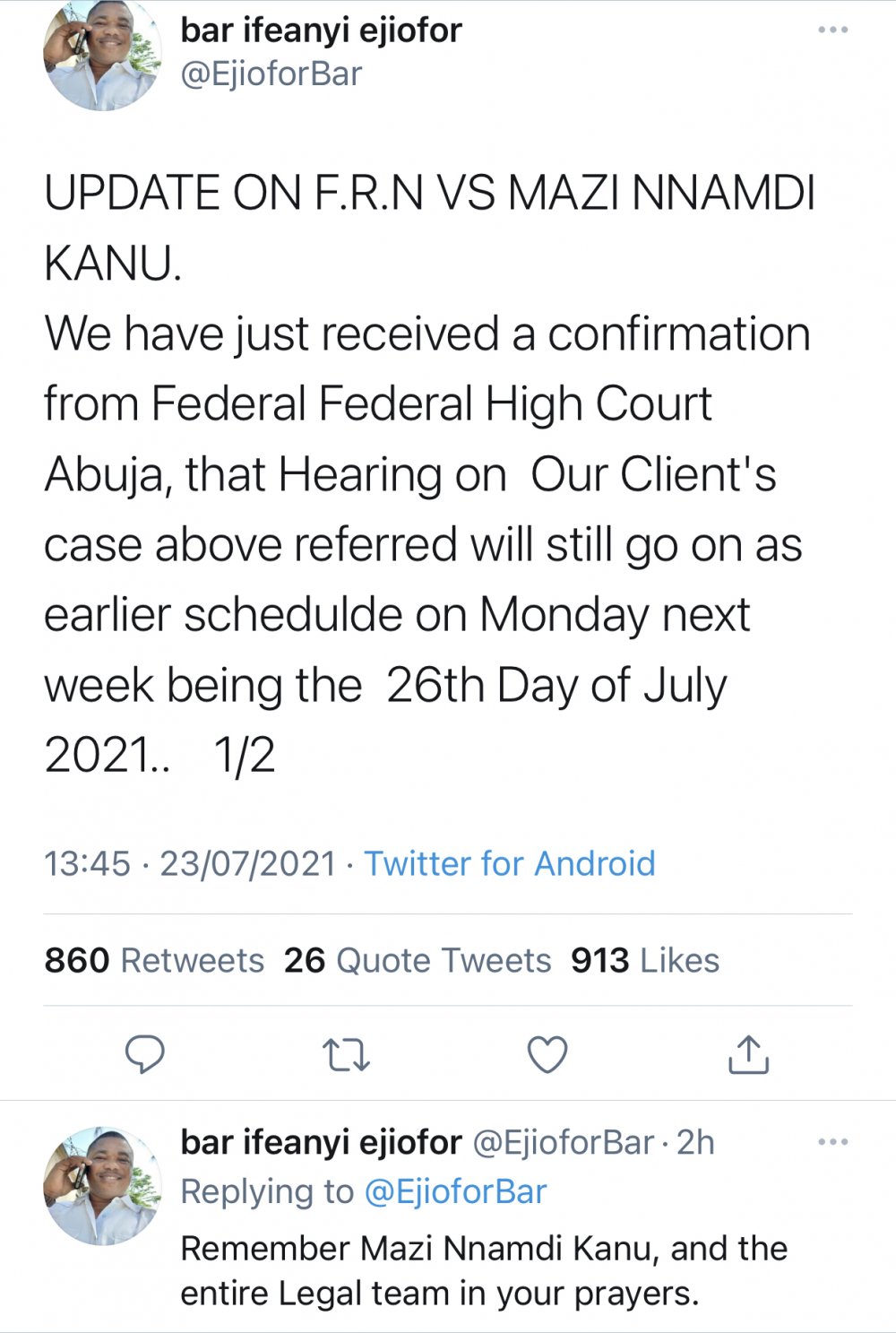 AllNews recalls that Kanu, 54, was rearrested in Kenya in June, and was brought back to Nigeria.

Kanu, via IPOB, had been leading calls for the break up of Nigeria.

The Nigerian-British had been arrested in 2015 in Lagos when he travelled to Nigeria from his base in the diaspora. Having spent 18 months in prison, the Federal Government released him in April 2017. He was charged with treason and his case is still alive in court to date.