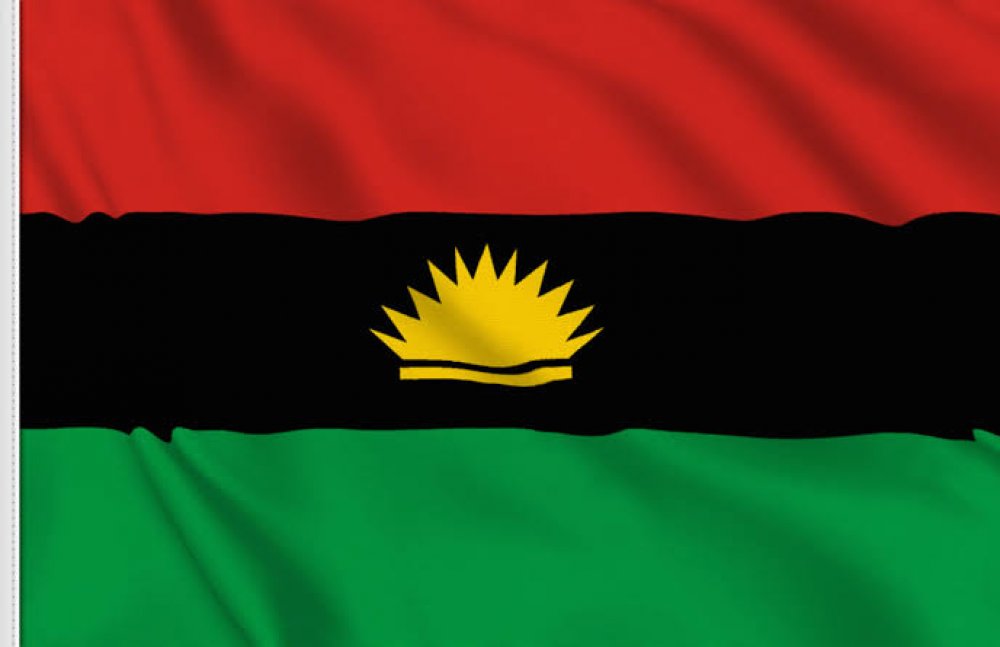 Uchenna Okorafor, the Principal Secretary to the leader of the Indigenous People of Biafra (IPOB), has vowed that Biafra will come to pass.

In a tweet on her known handle on Sunday, Okorafor wrote: “God will use people to expose the injustice that the #IGBOS are facing in #Nigeria (ZOO). 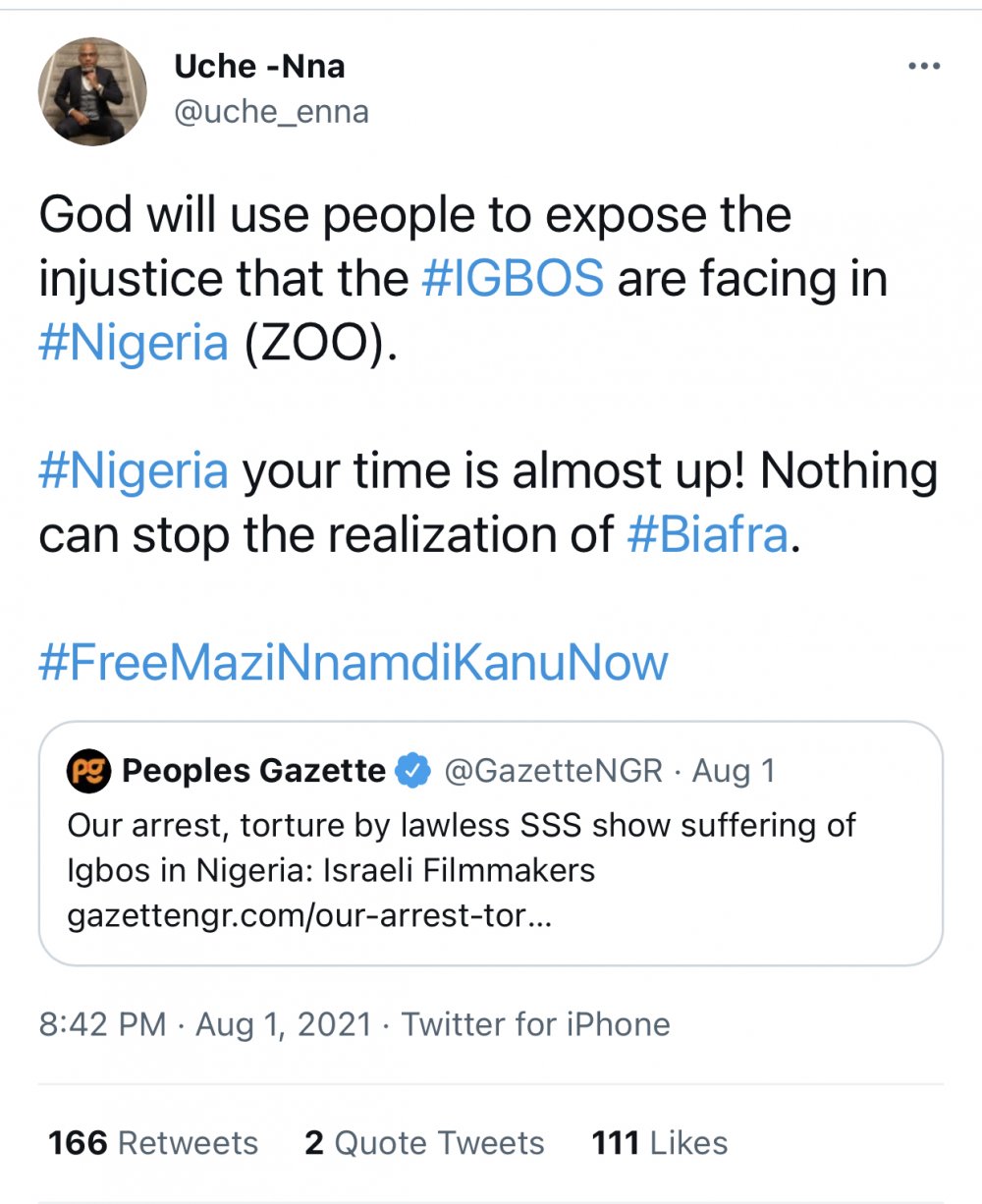 “Nigeria your time is almost up! Nothing can stop the realization of #Biafra.

Diaspora-based Okorafor was reacting to news of three now-released Israeli filmmakers who were reportedly imprisoned in Nigeria for 20 days.

Pro-Biafra agitators, especially proponents of the banned IPOB, are seeking for the breakup of Nigeria and creation of a new nation, which they said will be called Biafra.

The Nigerian government is averse to separatist agitations, thus it sent law enforcement agents after secessionists.

Although the call for a Biafra nation is not new, it has surged recently, with IPOB, founded by Kanu in 2012 at the forefront of the campaign for the separation of Nigeria.