Nnamdi Kanu, Saheed Shittu, 3 Other Nigerians Who Stay Abroad And Cause 'Wahala' At Home 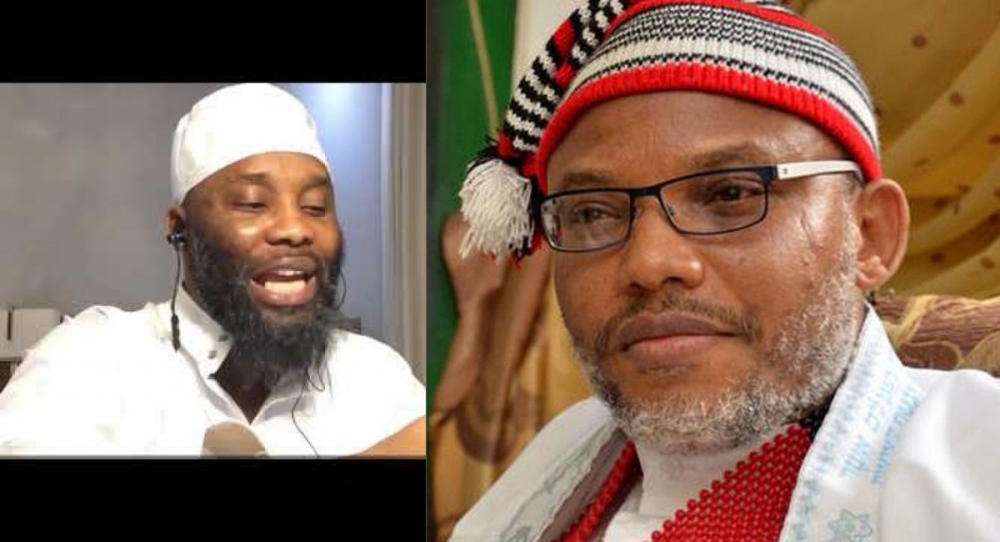 Some Nigerians reside out of the country but are determined to continue 'causing disaffection' in their native country. 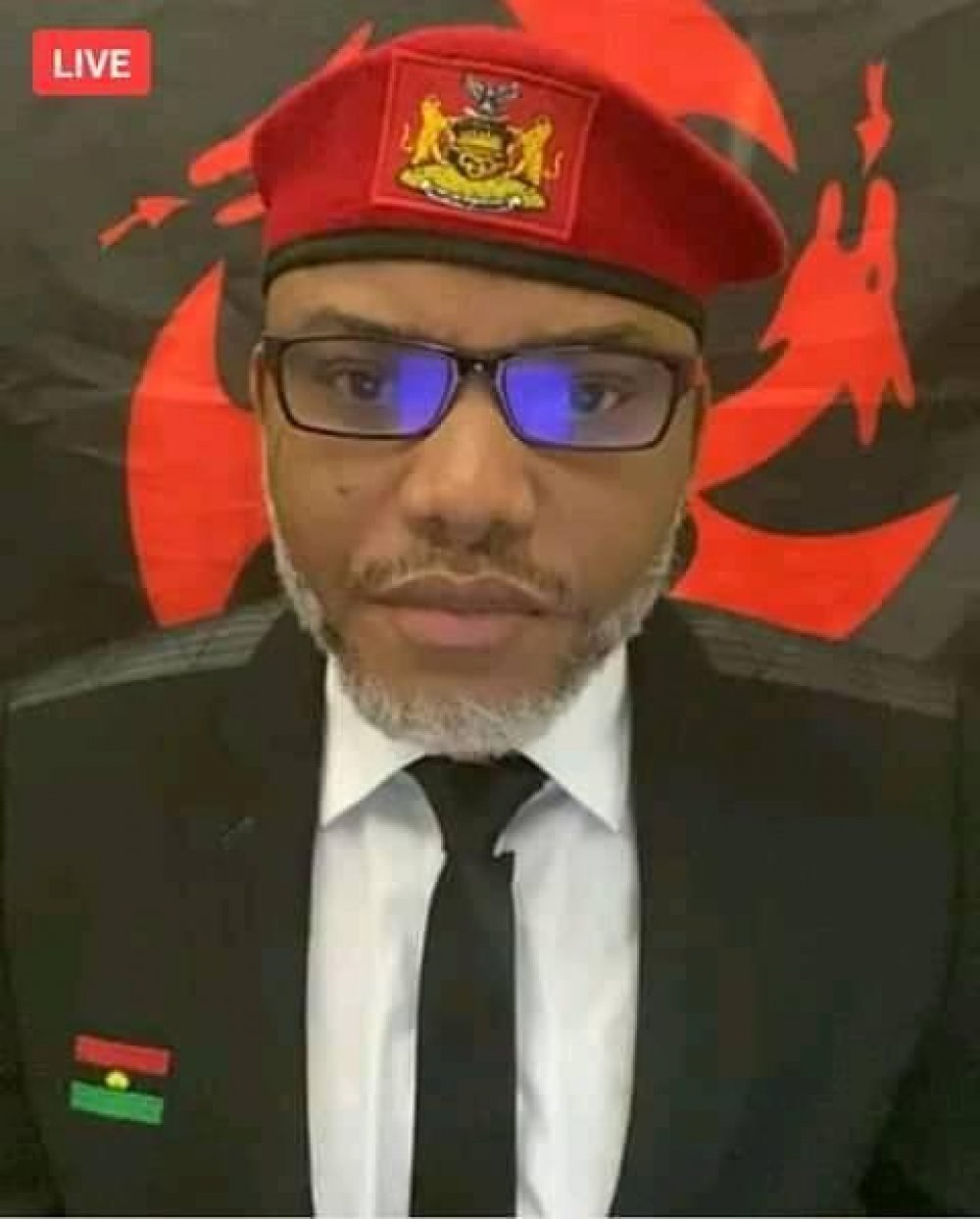 Diaspora-based Kanu, to many Nigerians, is a troublemaker, but many Biafran supporters believe he is their hero and leader.

Being an individual who has a voracious appetite for historical books, Kanu knows so much about the history of Nigeria.

Having discovered that the various ethnic groups and tribes in Nigeria have different understanding of life, he believes that every Nigerian ethnic group is different in every way, and are not meant to be together as a nation.

Also, believing his people, the Igbo tribe, are marginalized by the federal government of Nigeria, Kanu took interest in fighting for the restoration of Biafra, a nation for the Igbo people.

The 53-year-old was a relatively obscure figure until 2009 when he started Radio Biafra, a station that called for an independent state for the Igbo people and is broadcast to Nigeria from London.

Though he grew up in Nigeria's south-east and went to the University of Nigeria, Nsukka, Kanu moved to the UK before graduating.

Soon after setting up the now-outlawed Indigenous People of Biafra (IPOB) in 2014, he spoke to gatherings of the large Igbo diaspora, calling for Biafran independence. 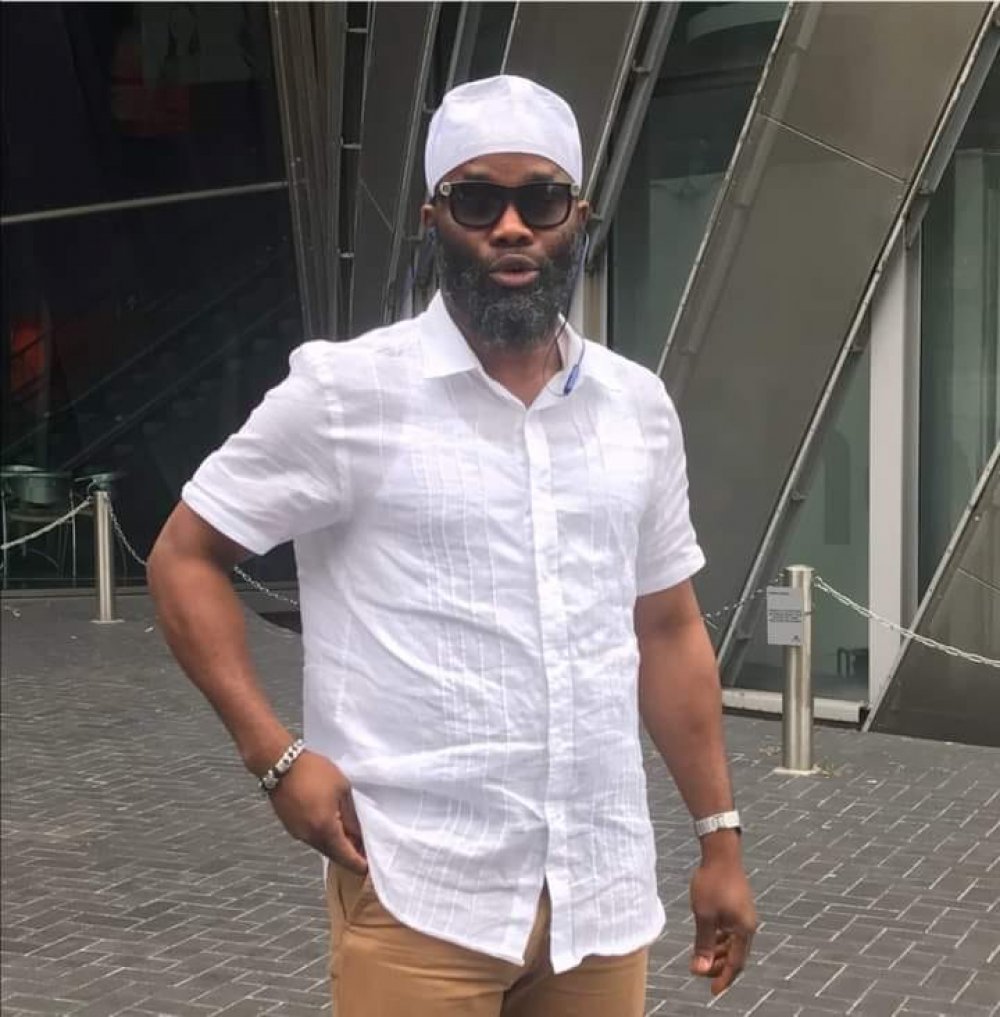 Shittu, a Sunni Muslim, has repeatedly 'denigrated' some traditional rulers and many Islamic scholars in Nigeria like Sheik Adam Abdullah Al-Ilory, Shaykh Mohammad Robiu Adebayo, and Sheykh Sulaiman Faruq Onikijipa, describing them as "hypocrites and liars".

Via Save Your Soul TV, Shittu has passed as a thorn in the flesh of clerics of Ilorin descent.

He is believed to be based in the UK, but travels home once in a while. 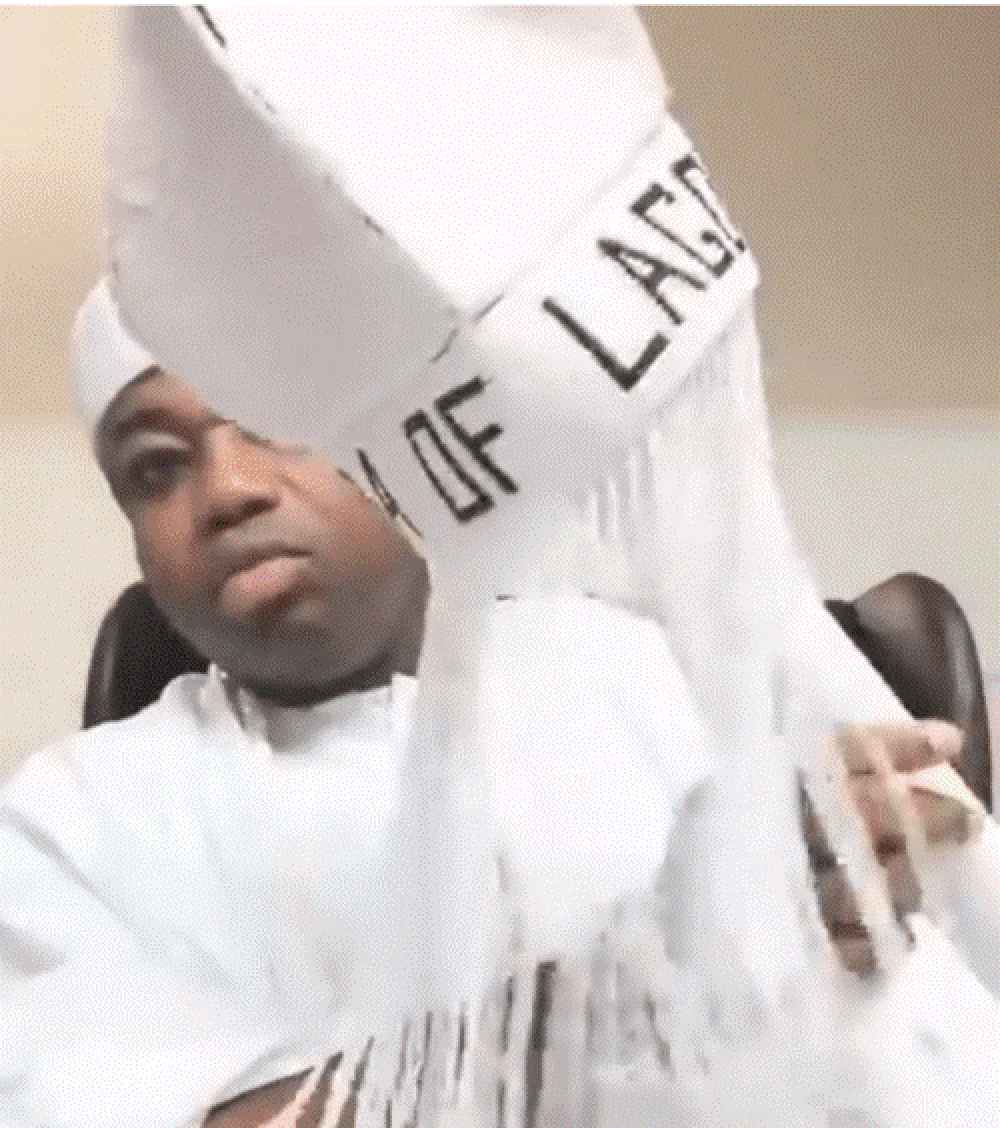 Abisoye Oshodi is a member of the Oshodi-Tapa ruling family, and a son of Late Chief Durojaiye Olajuwon Oshodi, the Balogun Oshodi-Tapa of Lagos (1968-1989).

He is based in the UK, and is a staunch critic of Rilwan Akiolu, the incumbent traditional Oba of Lagos.

Oshodi, who a report claim runs a forex outfit in England, has for months been using his social media handles to denigrate the Lagos cultural values, the revered traditional heritage, its political establishment, and calling to arms and destruction the youths of Lagos against the entrenched norms. 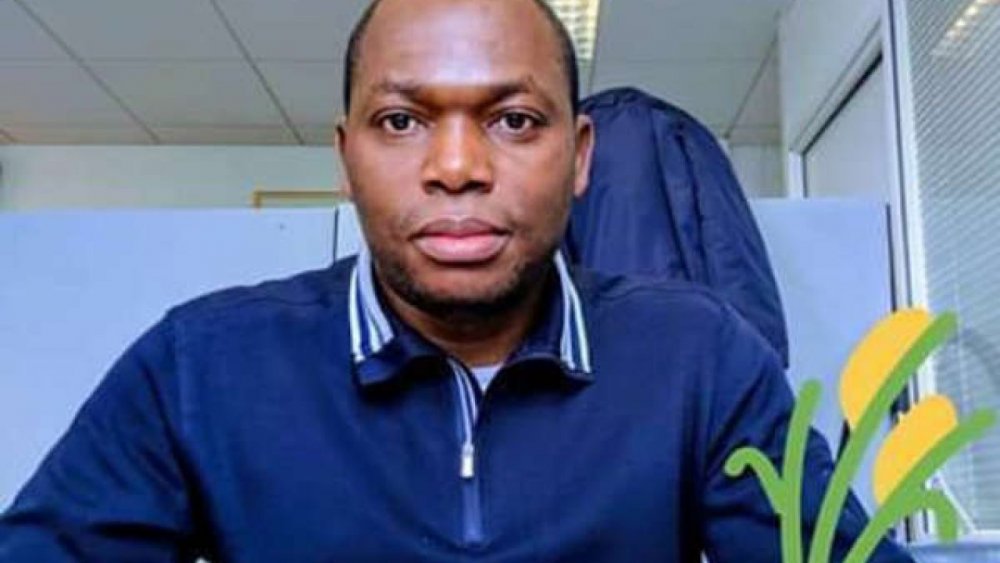 Adeyinka Grandson whose real name is Oluwasegun Abiodun Bolarinwa, in October 2020, gave Igbos 48 hours to leave Yorubaland "or be dealt with mercilessly".

Grandson claims to be the leader of Young Yoruba for Freedom (YYF) – a Yoruba secessionist group agitating for Oduduwa Republic.

Grandson in the video published on Monday, October 26, 2020, had said that all vehicles will be stopped and checked, and any Igbo person found still living in Yorubaland will be seriously dealt with.

Earlier, in 2019, Adeyinka Grandson who lives in the UK was arrested for threatening posts made on social media against non-Yoruba ethnic groups in Nigeria.

Some people in the media describe him as a Yoruba supremacist.

The Scotland Yard Counter Terrorism Command said at the time that Adeyinka Grandson was seized for “stirring racial discrimination” against the Igbo and Fulani ethnic groups and also “encouraging terrorism”.

After being grilled for nine hours, Grandson denied any involvement in terrorism or encouraging racial hatred and said YYF only supports the return of Nigeria to the regional system.

He was granted bail on the evening of his arrest while his passport, two Google phones, one Apple MacBook laptop computer, one tablet, a hard drive, and a draft copy of his new book were seized.

In a statement, Tinuola Asake, YYF director of communications, said Grandson resigned from his job due to the seriousness of the allegations against him and is prepared to face legal battle if the need arises.

“Adeyinka Grandson has not been charged for any crime. He is required to report back to the police station on the second of September 2019. The Young Yorubas Forum has no idea what the police plan to do with the allegations of terrorism and public order acts,” the statement had read.

He was reported to have recently called for secession with respect to the Yoruba race and threatened the north with the use of chemical weapons if the south-west is attacked under any guise.

The YYF, which Grandson heads, is a youth organisation established to “appeal to the consciousness of young Yorubas and support a return to the regional system of government or outright dissolution of Nigeria in favour of the Oduduwa Republic.” 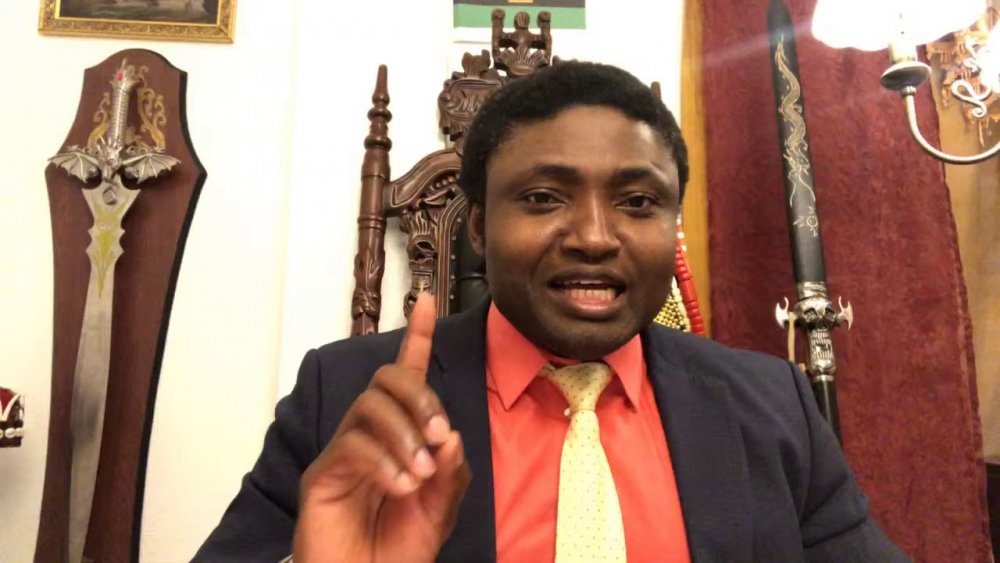 Simon Ekpa is known to be an Indigenous People of Biafra (IPOB's) propagandist.

Ekpa is a Nigerian lawyer based in Finland with known affiliation to IPOB.

Like Nnamdi Kanu, Ekpa had published a video urging Southeasterners to quit the Nigerian military following an alleged capture and execution of troops by Boko Haram terrorists.

Some people have accused him of hate speech.