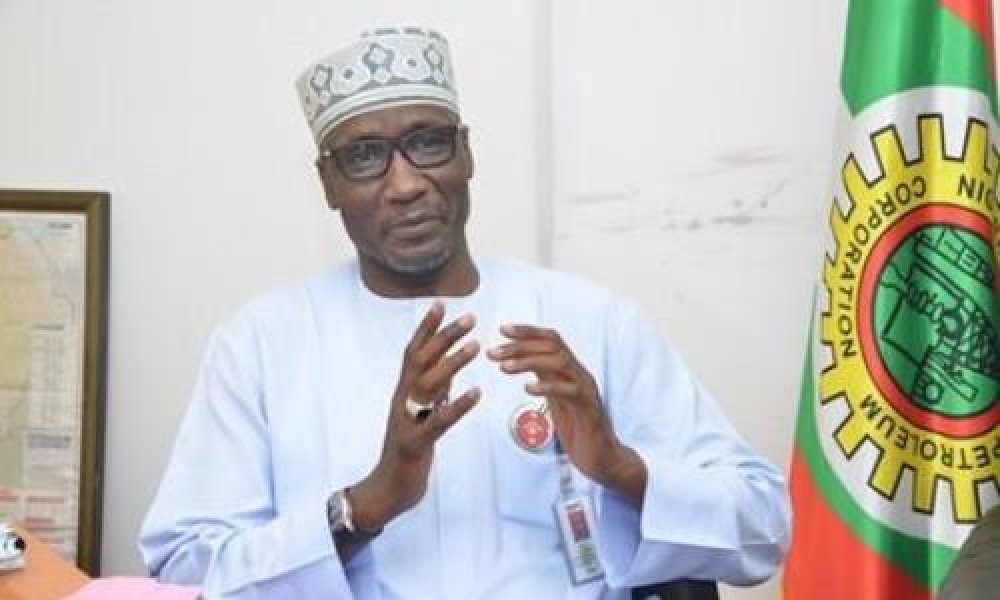 The mouthpiece of traditional rulers, leaders and stakeholders of Niger Delta states, the Pan-Niger Delta Forum, PANDEF, has accused the Nigeria National Petroleum Corporation, NNPC, of sidelining the people of South-South, South-West and South-East from its top management positions, warning the state oil corporation to stop insulting the people of the oil-rich region.

The National Publicity Secretary of PANDEF, Hon Ken Robinson, in a statement issued on Friday,  said  “This reckless impunity has to stop. And that is why we will continue to call for the restructuring of Nigeria; to make equity, fairness and justice the cornerstones of our existence as a country.”

The regional group strongly condemned NNPC over an alleged uncouth statement credited to the Group General Manager, Group Public Affairs, Mr. Kennie Kehinde Obateru, on appointments and promotions in the corporation, stating that it was preposterous to say there were no qualified Niger–Deltans to hold top management positions in NNPC.

AllNews recalls that Obateru had explained that the basic academic requirement for newly employed Graduate Trainees in the corporation is a minimum of a Second-Class Upper Division, or an Upper Credit for Higher National Diploma, HND, certificate holders. Alternatively, a candidate holding a Second-Class Lower Division degree or an HND Lower Credit Diploma holder, must in addition have acquired a Master’s degree in a relevant field.

He said that was applicable in the last recruitment exercise where qualified applicants undertook a computer-based test conducted by a neutral national examination body, following which the best performers were further taken through a formal interview session to ensure their suitability.

Obateru stated that the end product of the rigorous exercise was the new set of employees who have shown a lot of promise since the beginning of the onboarding programme which started earlier this month including engagements with the Group Managing Director of the NNPC, Mallam Mele Kyari, and some members of top management of the corporation.

But PANDEF asserted on Friday that "the claim that recent top management appointments executed in March, this year, at the corporation were based on professional competence, adherence to the principle of transparency, accountability and national spread is also bogus and ridiculous."

It continued, “We would have ignored the statement as it lacks substance, but opted to respond in order to correct the satire presented to the public, and further highlight, to the whole world, the outrageous inequity in the composition of the NNPC management.

“PANDEF, therefore, cautions the lopsided management of the NNPC to stop insulting the sensibilities of the Niger Delta people.

“It is sad enough that the Niger Delta region is denied infrastructural development and participation in the oil and gas industry in terms of allocation of oil blocks and oil marginal licenses. The federal government has also refused to direct International Oil Companies, IOCs, to relocate operational offices to their areas of operation in the Niger Delta, thereby further denying our people and state governments of the region, the needed economic derivatives.

“The South -South geopolitical zone produces about 95 per cent of the Nigeria’s crude extractions, and bears the brunt of the exploration and exploitation activities. The flora and fauna of our lands and waterways have been devastated, with the people’s means of livelihood degraded; yet our people are being deprived of even basic opportunities by the NNPC.

“Our young people are jobless. And someone would have the audacity to say recruitment and progression in NNPC is based on merit. What merit? The kind of merit that allows a graduate of history from one part of the country to become a manager, and rejects an engineering graduate from the Niger Delta Region?

“Or the merit system that permits the NNPC to celebrate an Ahmed, a best graduating student, with an unrestricted post graduate scholarship, and ignores another best graduating student, an Uche, with even better result? Or is the kind that allows persons from certain parts of the country with lower JAMB scores to be admitted to our universities while those from other parts with higher scores are denied admission?

“Furthermore, let it be known to the lopsided NNPC management that we in the Niger Delta region stand by our earlier position that, under this administration, there is seeming deliberate and calculated sidelining and isolation of indigenes of the South -South geopolitical zone in the management of the Nigerian National Petroleum Corporation, NNPC.

“Statistics at our disposal show that about 70 per cent of the top 40 management positions in the NNPC is occupied by persons from the northern zones of the country, viz. the board members, the executive management team comprising the Group General Manager, Chief Operating Officers, Chief Finance Officer, and the Corporate Secretary/Legal Adviser, as well as Group General Managers and Managing Directors of Subsidiaries, Departments, Divisions and Ventures. While persons from the South-South, South-West and South-East zones occupy only about 30% of the positions.

“We challenge the NNPC management to publish a comprehensive list of its top 100 management staff, instead of bringing up select names in its attempt to belie obvious facts. They should also make public the list and details of the 1,050 graduate trainees recruited recently by the Corporation.

“Nobody should think that these situations would be allowed to continue perpetually. The Niger Delta people would employ every lawful and legitimate measure to right the injustice.

“We sympathize with Mr. Kennie Kehinde Obateru, who apparently is from the South -West, on the burden of his job as group general manager, group public affairs division. It is rather unfortunate that it is only incidental positions like his that are readily allotted to Southerners. Recall that Mr. Obateru succeeded Ndu Ughamadu, who left the services of the Corporation in September 2019,” PANDEF said.