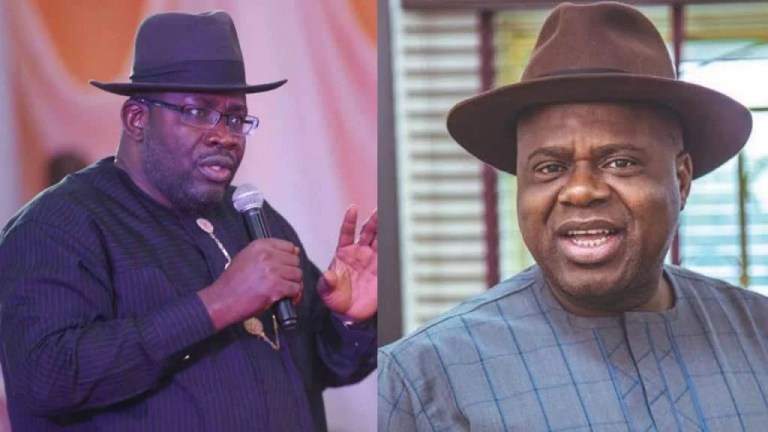 Bayelsa State Government has said there is no rift whatsoever between Governor Douye Diri and his predecessor, Senator Seriake Dickson.

Commissioner for Information, Ayibaina Duba issued a statement debunking the speculation in and outside the state.

The government also denied that Diri caused division in the Bayelsa chapter of the Peoples Democratic Party (PDP).

Duba condemned accusations that his principal was ungrateful to those who worked for his victory in the 2019 governorship election.

The official noted that Diri was appreciative of Dickson’s support and has been a preacher of peace and unity across the State.

Diri, according to him, has initiated efforts aimed at strengthening and keeping the PDP united and enjoyed a close relationship with Dickson.

He said enemies were seeking to “divide the party along the lines of the former APC members and old PDP members”.

Diri and Dickson continue to enjoy a harmonious relationship based on mutual respect, the statement maintained.