2023: Ortom Says Election Rigging Will Not Be Allowed 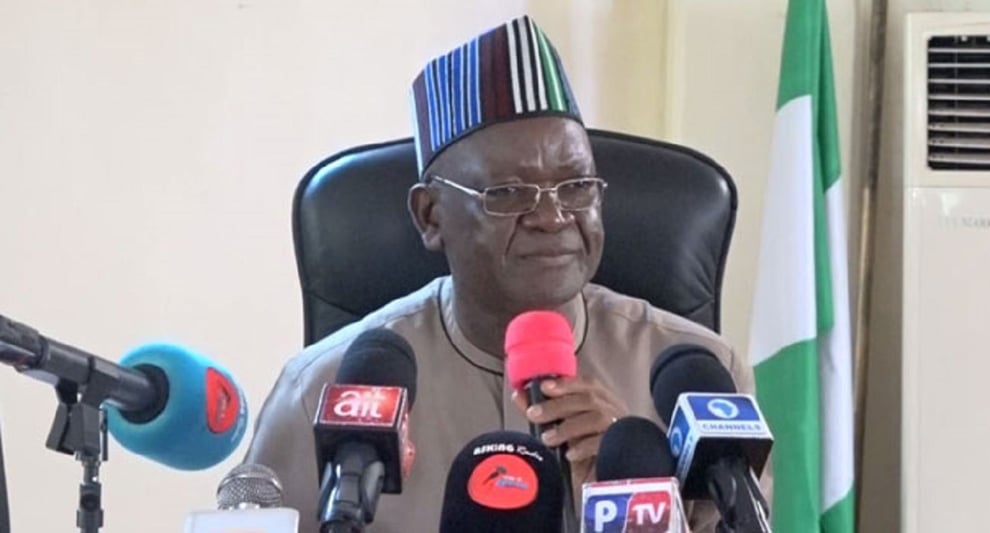 Ahead of the 2023 general elections, Benue State Governor, Dr. Samuel Ortom, has warned that any attempt by anyone or group to rig elections in the state will be met with stiff resistance.

The Governor who stated this at the expanded caucus of the People's Democratic Party (PDP) in the state held at the Benue People's House, Makurdi, reiterated his commitment to free, fair, and credible primary elections.

He said the recently held council elections in the state where the PDP won all the 23 chairmanship slots and 276 councilors in the state were a testimony of the people's appreciation of the PDP administration in the state.

On the forthcoming PDP primaries, Governor Ortom said, "We will not tolerate anyone who will want to disrupt the primary elections. I am going to be personally involved. My cabinet members will be involved in the process too."

He warned that "any member of my cabinet that will go there (primaries) and do any form of shortchanging, will be sacked the same day".

Ortom used the occasion to congratulate the winners for various positions at the just concluded local government elections in the state, adding: "I participated. I voted. It was very smooth, free, and fair."

On his part, the State Chairman of PDP, Sir John Ngbede, said the PDP Ward Congress of Saturday, April 30, 2022, was hugely successful, except for a pocket of complaints from a few LGAs which he said would be addressed by the appeal committee.

Ngbede warned against the use of thugs to cause mayhem in the forthcoming party primaries, saying anyone caught with such an act would be handed over to the security agencies for prosecution, "no matter the status of the individual".

APC Calls For Suspension Of Impeachment Of LGA ChairmenÂ

APC Calls For Suspension Of Impeachment Of LGA ChairmenÂ