Nollywood’s Recent Deaths And The Actors Guild of Nigeria

It wouldn’t be far-fetched to say that in recent times, actors in the Nigerian movie industry have been biting the dust at a high rate. Most of them spent the last moments of their existence in inhumane and pitiable conditions.

They could have used a helping hand but unfortunately, there was no succor and they languished till death opened its gaping mouth and swallowed them.

Some would say bodies like the Actors Guild of Nigeria (AGN) should have played a role and that if this had been the case, they might still just be alive.

Who Are The Actors Guild of Nigeria?

The Actors Guild of Nigeria (AGN) is an umbrella union that regulates and represents the affairs of film actors in Nigeria and abroad.

AGN is currently headed by Emeka Rollas who serves as President since August 22, 2017, to date.

The importance of the AGN in Nollywood cannot be overemphasized as members enjoy some benefits.

This is where it becomes pertinent to point out that not all actors (for the purpose of this article, the word ‘actors’ will be used to refer to both the males and females) in the industry belong to the guild.

Though being a member of the guild according to the AGN National President isn’t something that is compulsory but advisable for all thespians to be under such an umbrella.

One of the benefits of being a member of the AGN is that in the event of an occasion, ailment, etc. that individual becomes entitled to a helping hand from the guild. It is unfortunate that some actors seek financial assistance from their fans when in critical condition, but the question we keep asking is, where are the bodies that have these same actors as members? It can only be assumed that they do not belong to the guild or any other acting body.

AllNews Nigeria learned that these acting bodies actually offer a helping hand to members who pay their dues, except for those who feel they "too big" or have an issue with a body like AGN.

"There is no problem with members of the guild. People only misplace priority and understanding. All those that claimed to have issues with the body are those who have refused to join the body to avoid them from being checked but the moment they fall sick, they run back to the body for assistance," Rollas said.

"What we are saying is if you are an actor and you need assistance, or in one trouble or the order, you must merit it”.

AllNews Nigeria understands that there is an exception to every rule as it was in the case of the late actor Ernest Asuzu (who was a known member of the guild).

A video of a good samaritan pleading for help on the actor’s behalf made the rounds on social media and it was so unfortunate that he passed away some months later. 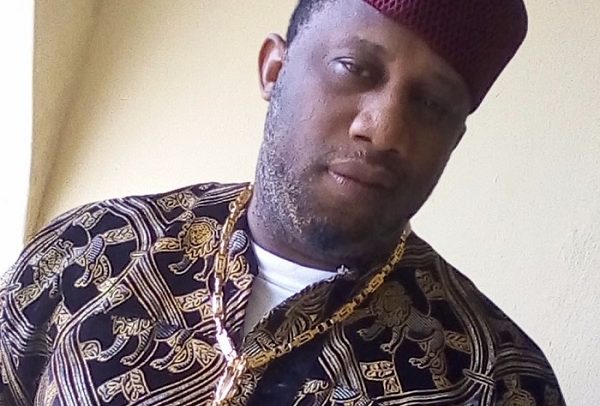 Asuzu's example is only meant to show that being a member of the guild doesn’t always automatically mean getting help whenever you need it. It is not also to imply that the late star was abandoned by the body.

The underlying point is that there are no absolutes; anything could still happen to members. This is not to dissuade those who wish to join as the advantages far outweigh the disadvantages.

The AGN President who spoke with AllNews Nigeria, had this to say on the subject: “ As long as you are a member of the body we definitely check on you.

“We have about 2 million members of the body and there are state chapters of this body where we get information on every activity from the chairmen if you are a veteran in Nollywood and you do not have any record of your name in any of the records, we cannot use members’ money to cater for those who are not members of the organization.

“That is what happened, recently, an elder who is a member died in Enugu and we made sure we catered for the person. Another veteran we have that is very passionate about the body is Joke Silver. She promotes the body and the body cannot desert her in time of need or whenever the body's attention is needed”.