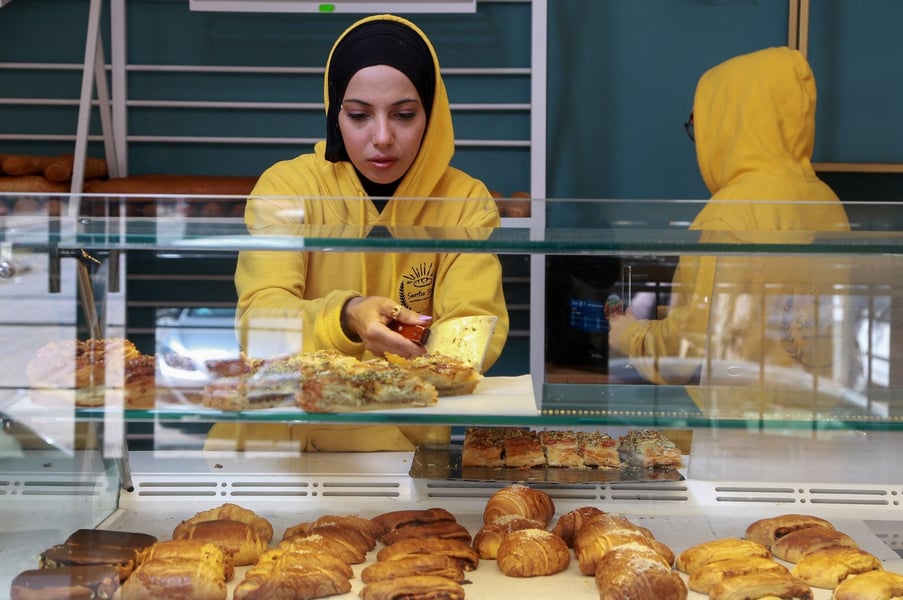 Households across North Africa are in turmoil as food prices rise following Russia's invasion of Ukraine.

Countries like Tunisia, Morocco and Libya, along with several other Arab countries, import much of their wheat from Ukraine and Russia.

Some fear the Russian invasion could lead to hunger and unrest.

This is coming just weeks before the start of the holy month of Ramadan.

Bulk-buying ahead of Ramadan, which is expected to start in early April this year, is common in Muslim countries.

Some nationals blame the authorities, as one of the shoppers in a Tunisian market reported by the Daily Sabah said; "With the war in Ukraine, they did not think ahead."

Also, Hedi Baccour, of Tunisia's union of supermarket owners, said daily sales of semolina have jumped by 700% in recent days.

Another person told the Agence France-Presse (AFP) that he had been paying three times as much for flour than in the past.

Tunisia imports almost half of the soft wheat used to make bread from Ukraine. Libya gets about 75% of its wheat from Russia and Ukraine. Morocco also relies heavily on the same source for supplies.