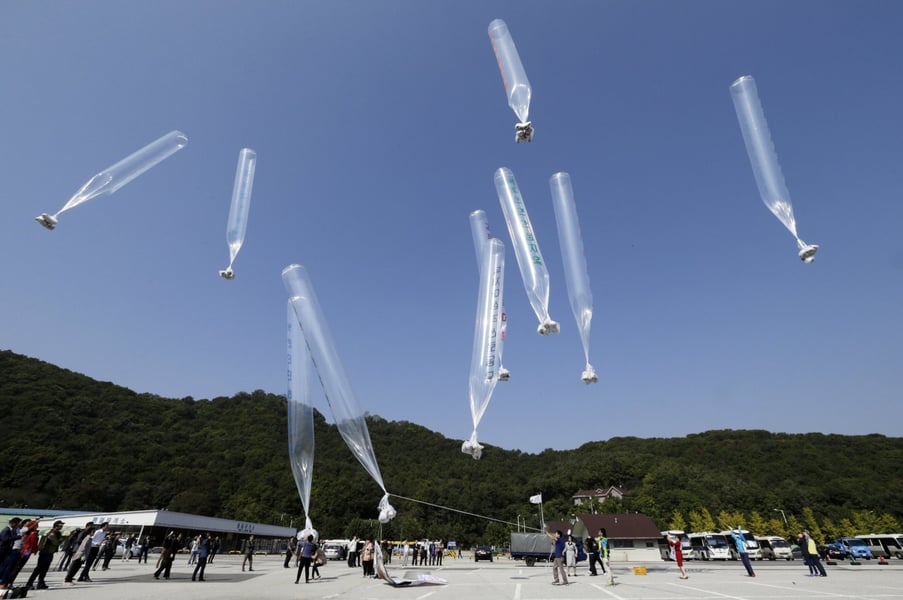 North Korea on Friday blamed its COVID-19 outbreak on people who had contact with "alien things coming by wind and other climate phenomena and balloons” flown from South Korea.

The Daily Sabah reports that activists over years have flown balloons across the border to distribute hundreds of thousands of propaganda leaflets critical of North Korean leader Kim Jong Un, and the North has often expressed fury at South Korea for not stopping them.

The state media report said North Korea’s epidemic prevention centre had found infection clusters in the town of Ipho near its southeastern border with South Korea and that some Ipho residents with feverish symptoms travelled to Pyongyang.

The centre added that an 18-year-old soldier and a five-year-old kindergartener had contact with "alien things” in the town in early April and later tested positive for the omicron variant.

The epidemic prevention centre ordered officials to vigilantly deal with alien things coming by wind and other climate phenomena and balloons.

It also stressed that anyone finding "alien things” must notify authorities immediately so they could be removed.

North Korea has since reported about 4.7 million fever cases out of its 26 million population but only identified a fraction of them as COVID-19.