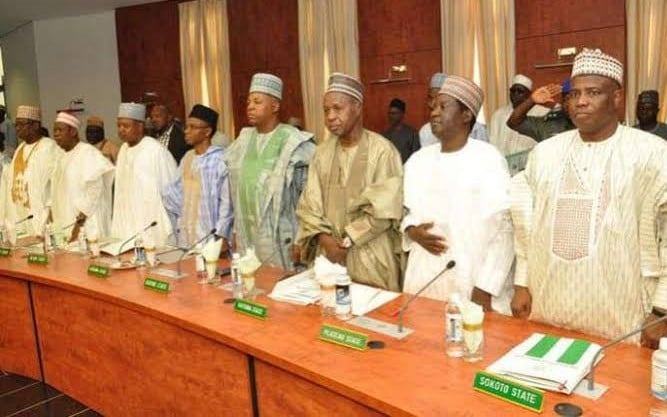 The Northern Governors Forum has expressed deep sorrow and fury over the barbaric attack on the Kaduna-Abuja bound train by terrorists, whereby passengers were killed and many injured or kidnapped.

A statement issued by Dr. Makut Simon Macham, Director of Press & Public Affairs to the Governor of Plateau State and Chairman, Northern Governors Forum, described the act as horrifying and totally reprehensible.

Lalong while responding to the sad development, said the entire Governors and people of the region as well as other Nigerians are distressed over the unfortunate attack on innocent commuters by terrorists who have demonstrated total disregard for human lives and compassion.

He said while the Forum sympathises with the families of those killed as well as those kidnapped or injured, it condemns the terrorist act in totality and commends the armed forces for their quick intervention which prevented further escalation of the incident.

The Northern Governors therefore encourages the security forces to intensify their search and rescue efforts in ensuring that those kidnapped are released without further delay and the fleeing terrorists are arrested and brought to justice.

Governor Lalong said the Forum is working with the Federal Government and Governor Nasir Elrufai of Kaduna State to ensure that this incident and other recent terrorist attacks on communities in the State are dealt with decisively.

He called for the support and collaboration of citizens by volunteering relevant information about criminal elements throughout the region and the country, as well as supporting the armed forces to carry out their mandate of security lives and properties effectively.

Lalong said more investments are being made into the security sector by State Governments within the region as part of the collaboration with the Federal Government to boost the capacity of the security forces to be on top of the situation.

He also appreciated the compassion demonstrated by Nigerians who have come forward to donate blood to victims currently undergoing medical care in various health facilities.