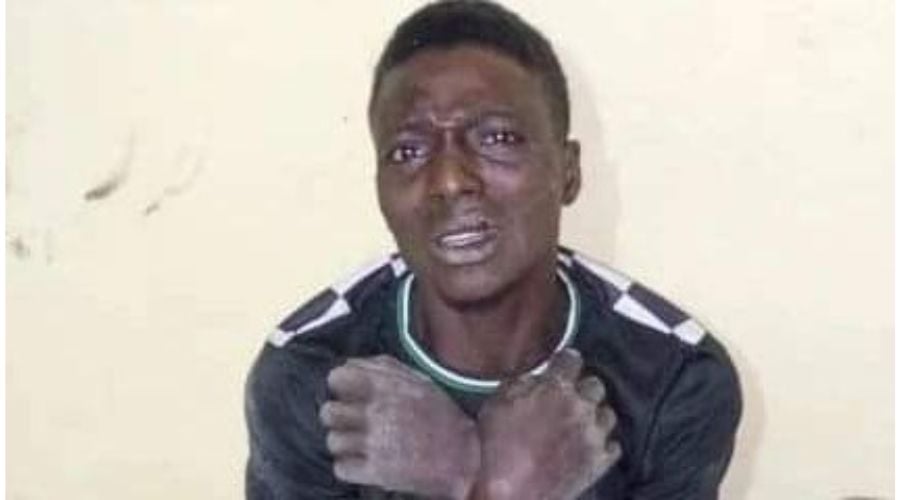 Qudus who it was learned is a strong member of Aye Confraternity and was arrested on Friday, June 24, 2022, by the So-Safe Corps while on routine patrol.

According to So-Safe, they received a distress call at about 10:09hrs that Qudus was threatening and harassing all passersby with a shotgun at Lotto Bus Stop in Owode Local Government Area in the state.

"The suspect had earlier been declared as an escapee of Police arrest from the Redeem Police Divisional Headquarters.

"To this end, the sister's security agencies were instructed to place him on a watch list as a deadly cult suspect.

"Thereafter, the operations team of the So-Safe Corps was able to get this syndicate apprehended  at 11:20hrs on Friday."

The suspect whose accomplices had escaped arrest has been handed over to the Redeem Police Divisional Headquarters for further investigation and likely prosecution.