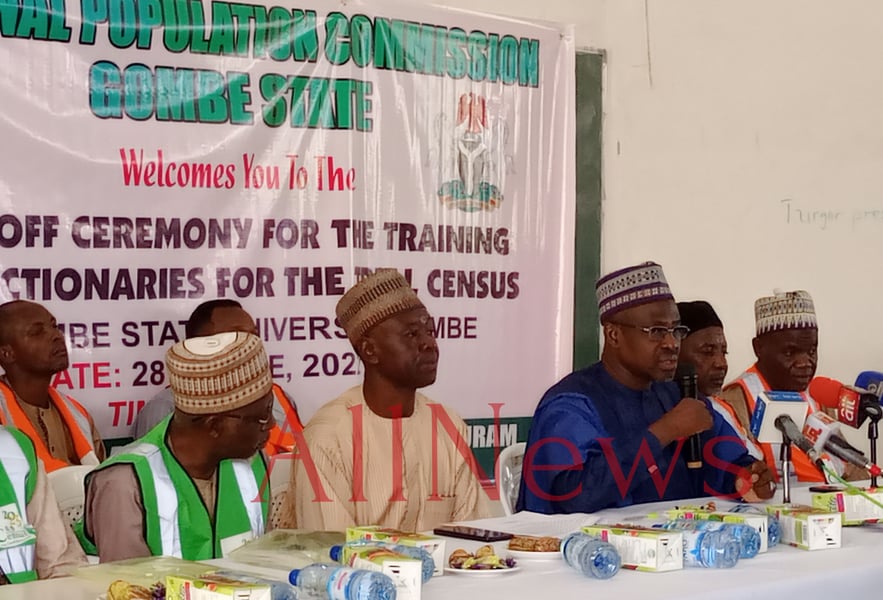 The Federal Commissioner of the National Population Commission (NPC), Hon. Abubakar Mohammed Danburam has flagged off the training for trial census Functionaries across the country

Declaring the training open in Gombe on Tuesday, Danburam said the trial census was to test the reliability of the new methods put in place by the commission to conduct the 2023 population and housing census.

In a statement made available to AllNews Nigeria in Gombe, the commissioner said, "The trial census which is also known as the 'census dress rehearsal', is another key preparatory activity for the census.

"It is a process in which all census operations are tested in a detailed and comprehensive manner.

"This takes place as a matter of best practice about a year to the actual census date to assess the different scenarios that may be presented during the main census."

He also added that the training which was flagged off by him was taking place in all zones of the country simultaneously.

He stated that the trial exercise will be conducted in six local government areas.

The statement further reads, "In total, Seven Thousand,Seven Hundred and Eighteen (7718) Enumeration Area's (EAs) have been selected for the trial Census to test run suitability and readiness for the actually census in 2023."

The federal commissioner added, "Finally, the Trial Census is a test case for the Commission which we hope to pass with resounding success.

"Our confidence is reinforced in the fact that over the years, the commission has invested considerable time and resources planning for the census drawing from its rich institutional experience to give the nation a truly scientific census data for planning.

"May I therefore appeal to you, the Nigerian Media who are our strategic partners to join hands with the Commission in realising the dream of providing the need demographic data that will facilitate and place our country on the pedestal of sustainable development.

"Our expectation is that you will continue to report the 2023 Census truthfully and professionally in order to positively sensitise the general populace for a successful and fulfilling national assignment."