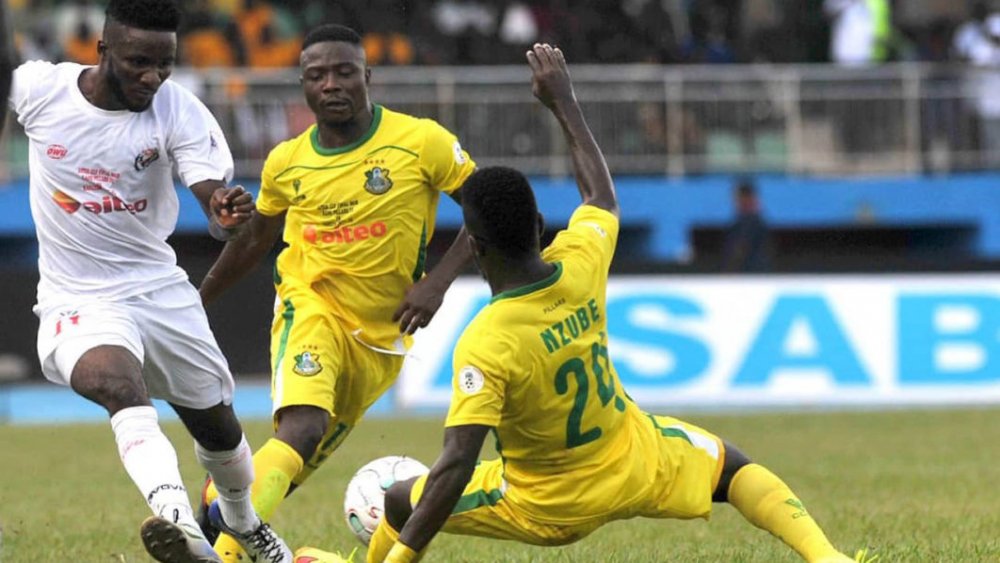 Title-chasing Pillars are currently third on the NPFL log with 58 points from 34 games. League-leaders, Akwa United are six points ahead of the Sai Masu Gida.

Christian Nnaji opened the scoring for the home team when he noded home a corner kick by Tope Olusesi in the 5th minute.

Esor Archiving made it 2-0 for Rangers FC in the 29th minute before the interval.

Kano Pillars took the game to the home team forcing goalkeeper, Nana Bonsu, to receive a red card for handling the ball outside his box in the 60th minute.

Speaking after the encounter, Musa said: “We lost to a good team but that will not deter us in any way from chasing the league trophy.

“There are four matches to go for in the league and we have two home, two away but the matches are all away for us.

“It is not yet over until it is over as the loss against Rangers International is just a delay and not target denied,” he said.

Meanwhile, Salisu Yusuf, Rangers FC’s Technical Adviser, praised his players for playing to instructions. He also noted that the victory would serve as a morale-booster for their remaining matches.

“The job is not yet done because we have a target and until the target is actualised, we will not rest.

“Though, the point against Kano Pillars is a good one but our major task is to get the points against Adamawa United in our next match.

“Ones we get the three points against Adamawa, we will be in a better position to achieve one of our targets for the season,” Yusuf said.

Yusuf said his team’s early goal helped to unsettle their visitor and gave his players much confidence in the match.

AllNews reports that Rangers FC moved a step to the sixth position on the log with 55 points, while Kano Pillars are third.

In a piece of related news, Sunshine Stars Football Club’s quest to escape relegation from the 2020/2021 NPFL suffered a setback on Wednesday after a 0-0 draw with visiting Katsina United FC.

In the Match Day 34 fixture at the Ondo State Sports Complex in Akure, strikers Kolade Adeniji and Ajani Ibrahim were guilty of wasting several goalscoring chances in the first half.

In the match’s second half, Sunshine Stars’ push for a goal was fruitless in spite of coach Deji Ayeni ringing so many changes.

The Head Coach of Katsina United, Baldwin Bazuaye, said the match result was a revenge.

“My team has only picked the one point Sunshine Stars picked from us during the first stanza of the league,” he said.

Bazuaye, who thanked his technical crew colleagues and the Katsina state government for the support they have been receiving, said the team was "okay" with their position on the table.

“I think for now we are good. We are okay where we are and we are still going to move forward,” he said.

AllNews reports that Sunshine Stars are 17th on the log with 38 points, while Katsina United are 13th with 43 points.