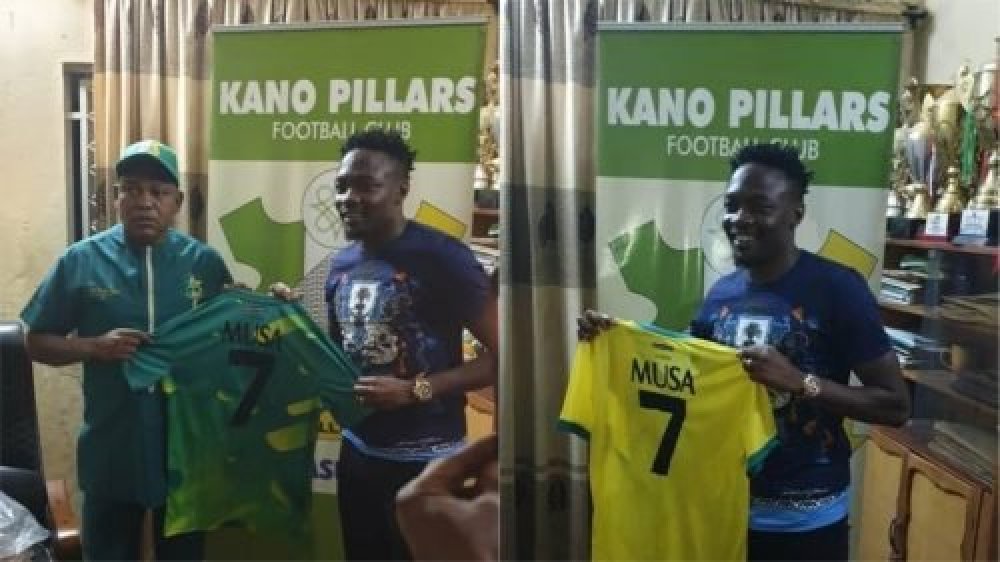 The club said this is in a statement by its Media Officer, Rilwan Malikawa, on Friday in Kano.

According to the statement, Musa signed the short term deal at the club’s secretariat on Thursday.

Shortly after signing the deal, the Super Eagles captain said he was back at the club to contribute his own quota up to the end of the 2020/21 NPFL season.

He promised to do his best to see the club emerge as the champions of the current NPFL campaign.

“I left Pillars over 10 years ago without winning the league but now, by God’s grace, I will make a special record by leading the club to the NPFL title,” he said.

He thanked the management, players and fans of the club for sustaining the relationship.

On his part, chairman of the club, Alhaji Surajo Shuaibu, expressed delight at the decision of Musa to rejoin the club 10 years after and urged him to feel at home as always.

Shuaibu urged him to use his vast experience to move the club forward and assured him that the club would release him any time he gets an offer outside the shores of Nigeria.

According to the statement, Musa was handed the iconic Number 7 jersey.

The former Leicester City winger has been without a club after leaving Saudi Arabia Professional League outfit Al Shabab in October.