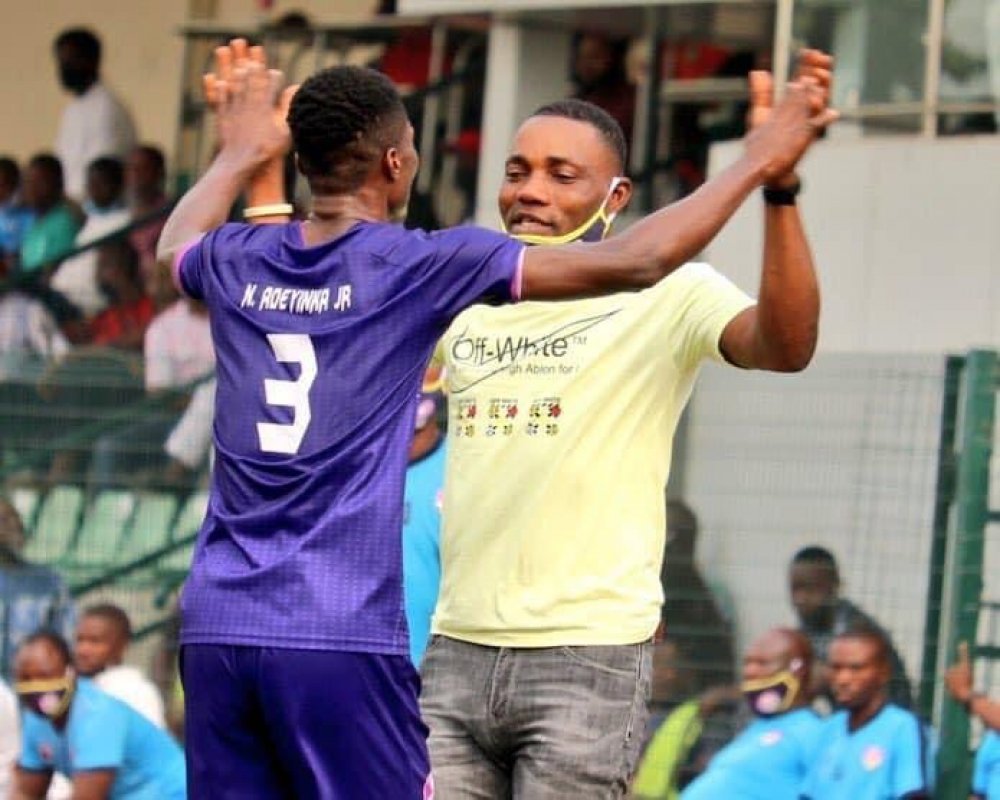 MFM FC of the Nigeria Professional Football League (NPFL) has confirmed the appointment of Olalekan Gabriel as its interim head coach.

While Yema chose to resign, Bolus, according to Godwin Enakhena, the Director of Sports of Mountain of Fire and Miracles Ministries last week, "will continue to earn his salary".

But Gabriel took charge of the team when the 'Olukoya Boys' lost narrowly in Kaduna against Kano Pillars on Valentine's Day.

He also ensured they returned to winning ways versus struggling Adamawa United - after a run of seven winless games.

In a Press Release on Monday signed by Barrister Davidson Adejuwon, the club's Director of Football, Gabriel, a former 3SC player, was told to 'carry on' as Chief trainer.

The management of Mountain of Fire and Miracles Ministries Football Club has confirmed the appointment of Olalekan Gabriel as the interim head coach of the modest Nigeria Professional Football League (NPFL) team.

Having struggled to grind out a remarkable result in their last seven NPFL games before the 2-0 victory over Adamawa United on Sunday, the club management decided to confirm the ex-Shooting Stars, Sharks FC, Union Bank, Gombe United player as the team’s new manager on interim basis.

Before his appointment as the caretaker of the Olukoya Boys, coach Olalekan who has been with MFM FC for over a decade after he retired from active football, served as assistant coach under Fidelis Ilechukwu and Tony Bolus.